The average Statkraft employee has been with us for 11 years, while staff turnover was 6.0% in 2013. 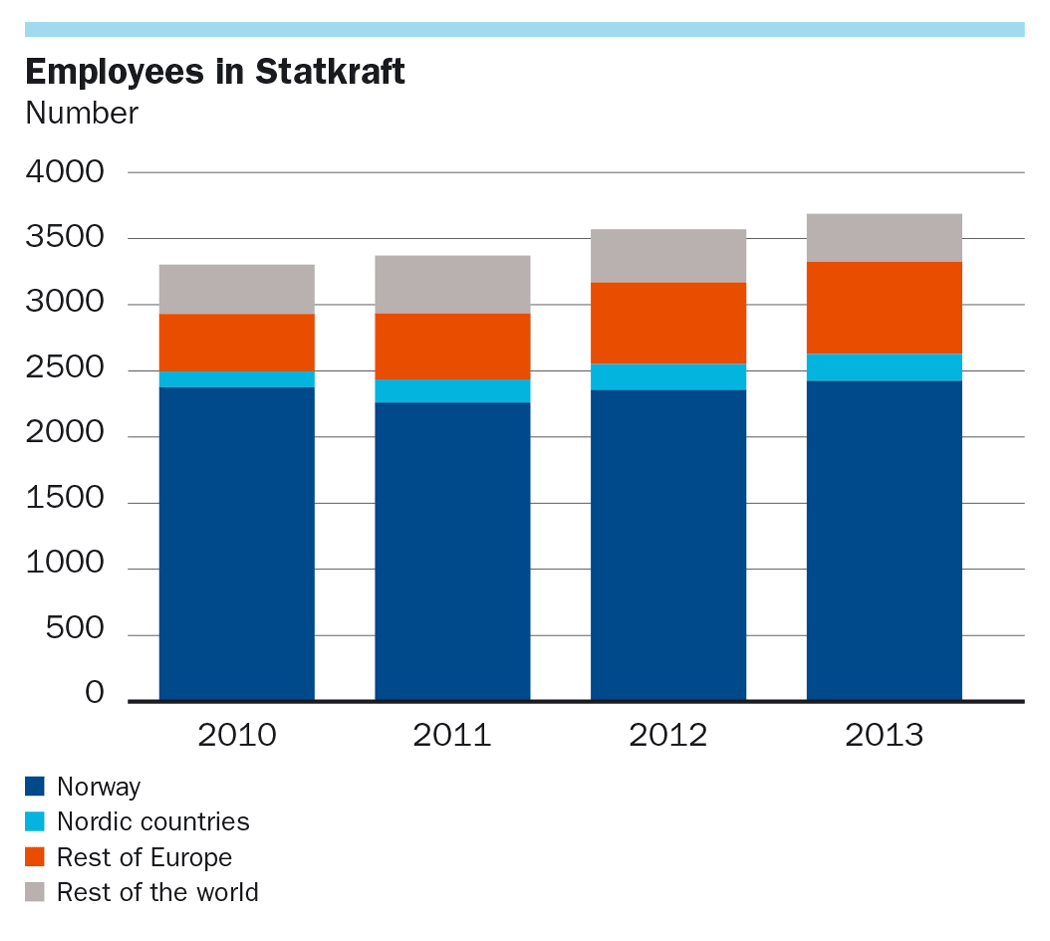 Diversity in the Group

The Group now has employees in 23 countries, representing 50 nationalities. We want diversity among our employees. More diversity among the company's employees will strengthen us in our international development, for example by providing us with necessary expertise as regards national legislation and administration processes, language and local culture.

Statkraft has been one of Alarga’s partners since its start-up in 2007. Alarga is a foundation working to increase the percentage of employees with multicultural expertise in Norwegian industry and commerce.

Percentage of women in Statkraft

Statkraft strives to attain an even gender distribution in the Group, and more women in managerial positions. Statkraft and a number of other major Norwegian companies participate in a research project to identify specific measures to improve the gender balance in executive positions. 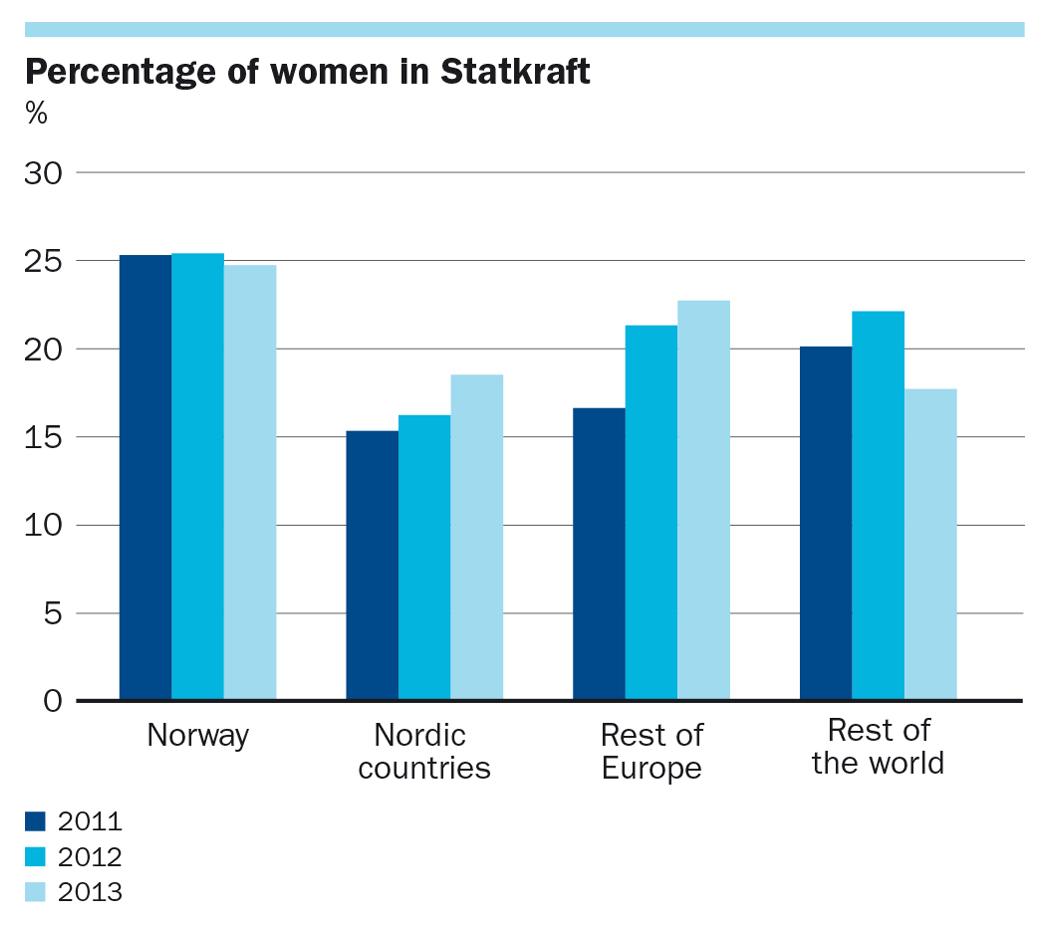 We recruit in a focused and systematic manner, and Statkraft is an attractive employer both among recent graduates and experienced employees.

Statkraft has a two-year trainee programme which is very popular among graduate students. In 2013, a total of 17 trainees were working in different parts of the Group, both in Norway and abroad. Statkraft also has a trainee programme for skilled workers.

Apprenticeships have been established in all parts of the Group for different types of trade certificates. In 2013, 76 apprentices were working for Statkraft.