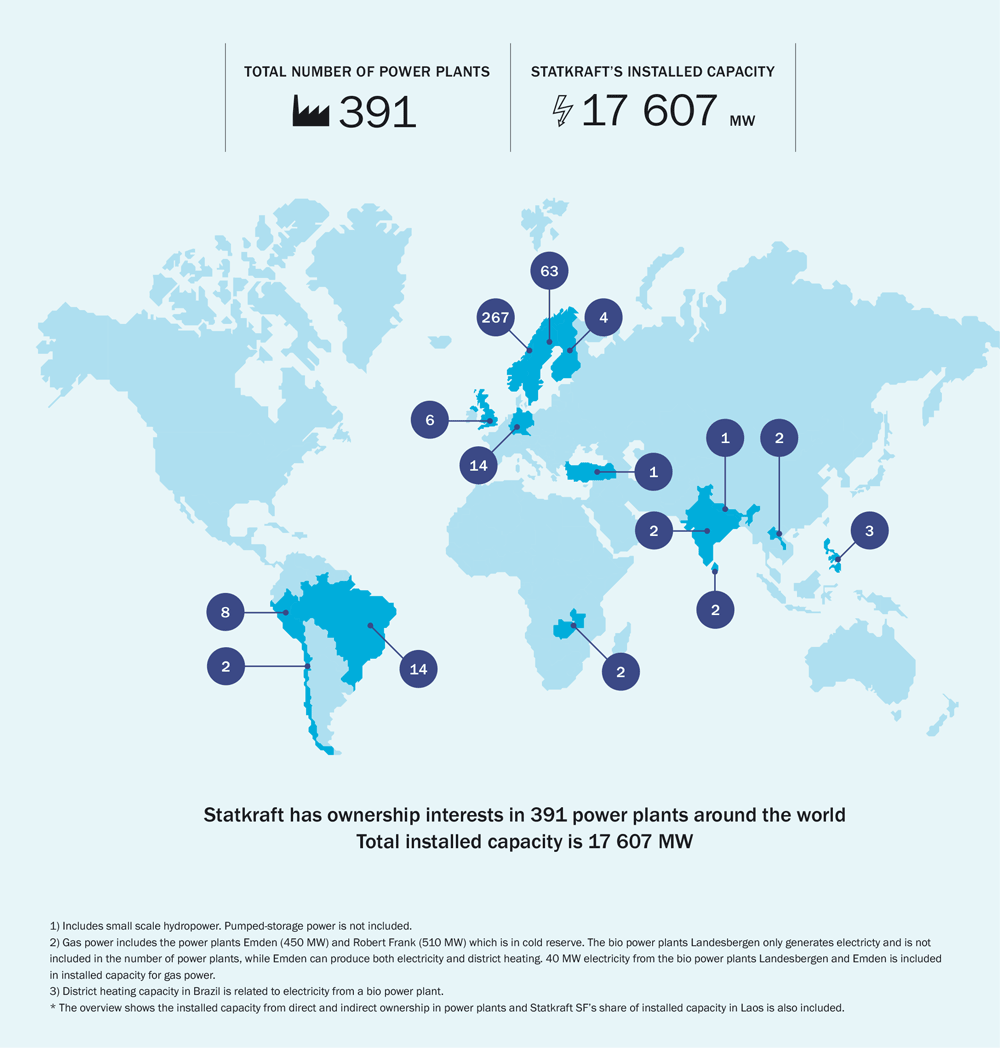 Statkraft is entering a period with many major rehabilitation projects, and is planning the investment of NOK 12 billion to upgrade existing Norwegian and Swedish hydropower plants from 2014 to 2018. In 2013, power plants with a total installed capacity of 620 MW were transferred from Statkraft SF.

Three new onshore wind farms started operations in 2013. In addition, another three onshore wind power plants are under construction in Sweden. In 2013, SAE Vind received four wind power licenses County from the Norwegian Water Resources and Energy Directorate, totalling up to 660 MW in Sør-Trøndelag County in Norway and one of up to 105 MW Norway in Sogn og Fjordane.

Statkraft also has projects within offshore wind power. For the Dudgeon project (400 MW), which is being developed in cooperation with Statoil, a final investment decision is expected in the second half of 2014. As regards the Doggerbank project, where Statkraft is one of four partners, an investment decision lies some years into the future.

In 2013, Statkraft opened a new district heating plant in Ås in Norway (24 MW) and a new bio-boiler in Kungsbacka in Sweden was completed (12 MW). 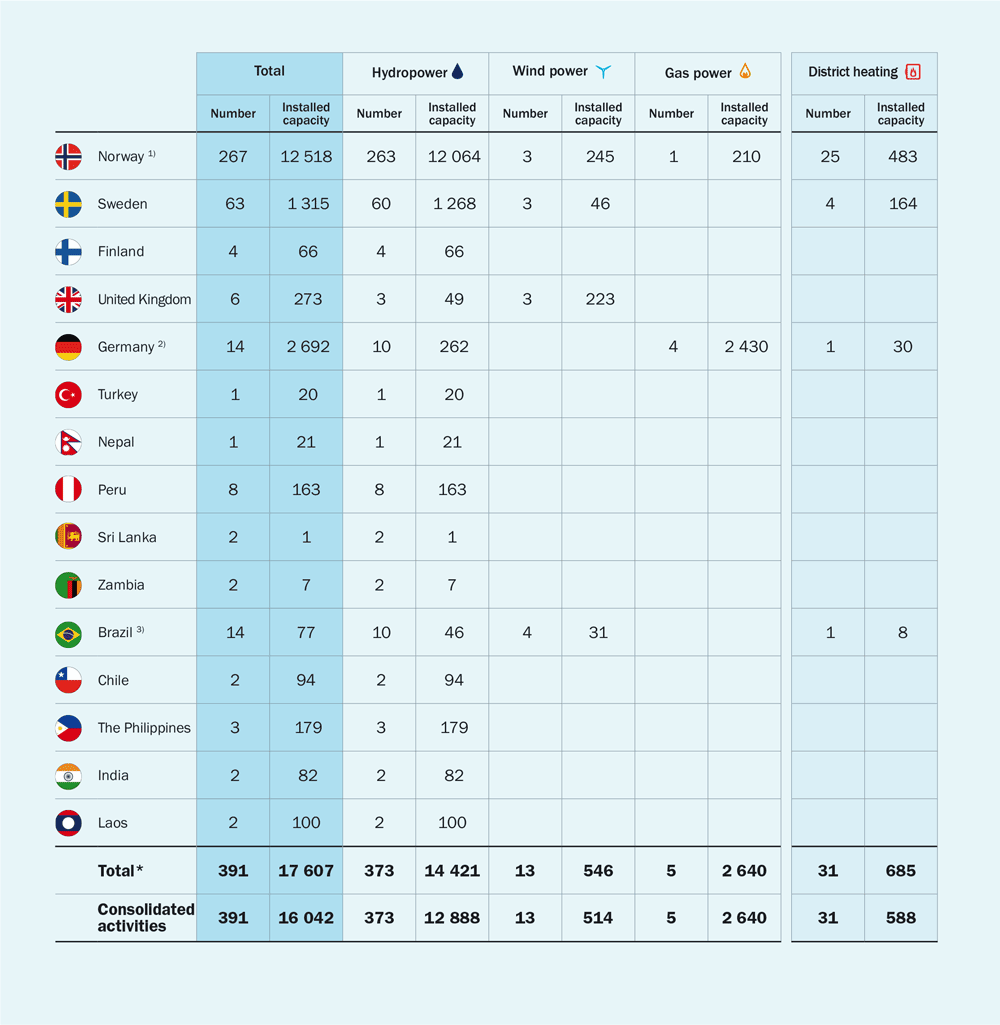