Since the founding of the company in 1895, Statkraft has developed from a national company, focused on developing Norwegian hydro power resources, into a multinational company diversifying also into other sources of renewable energy. Today, with a total production of 56 TWh from 403 power plants in 14 countries, Statkraft is the second largest supplier of electric power in the Nordics and Europe's largest supplier of renewable energy. 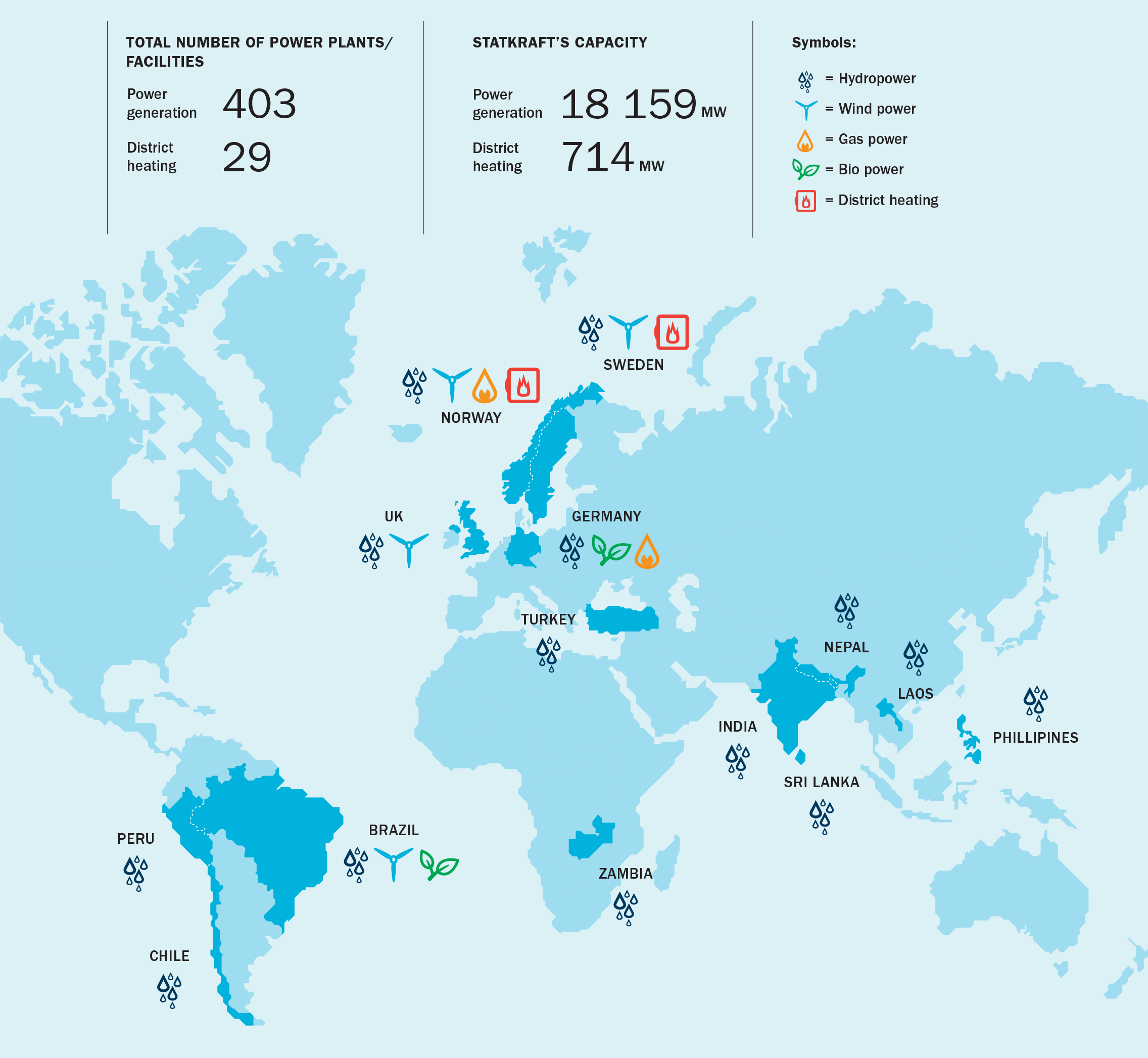 Statkraft invested a total of NOK 11.2 billion in 2014. One third of this was related to the mentioned repairs and maintenance, while two thirds was related to investments in new capacity, primarily tied to new capacity in wind power in the UK and Sweden and international hydro power.

The hydro power plants Kjensvatn (12 MW) in Nordland and Eiriksdal (80 MW) in Sogn og Fjordane were completed in 2014. All production plants in Finland (66 MW) were sold in 2014, Statkraft will however continue to be active in the Finnish electricity market. Statkraft was granted license to construct a new hydro power plant Ringedalen (23 MW) in Odda.

Outside of the Nordic market Statkraft has several hydro power plants under construction. Statkraft is investing in selected markets where the groups knowledge and hydro power competence can contribute and create value. Statkraft has hydro power activities in South-east Europe, South America and South Asia in addition to the 50% share in SN Power. The group owns a total of 765 MW worth of capacity, of which 326 MW are consolidated operations, outside of the Nordics. Four hydro power plants are under construction with a total planned capacity of 1030 MW. Investments are usually made in cooperation with local partners or international investors.

In Norway Statkraft established the company Fosen Vind together with Agder Energi, NTE and TrønderEnergi. Fosen Vind will own three planned wind parks of approximately 600 MW on the Trøndelag coast of Norway. Development plans are progressing with plans for a final investment decision by mid 2015. In addition 400 MW are under development in the same area through the company
SAE Vind.

Statkraft also has ongoing projects within offshore wind. Investment decision was made for the offshore wind park Dudgeon (approximately 400 MW) outside the coast of Norfolk in the UK. Statkraft owns 30% of the project and Statkraft's share of the investment is projected to be around NOK 5 billion. Statkraft is also selling shares in some of its UK based wind farms to fund further investments in renewable energy. Statkraft will however continue to operate the wind parks. Statkraft also participates in the development of Doggerbank, as on of four partners. Final decision on this project however lies some years into the future. 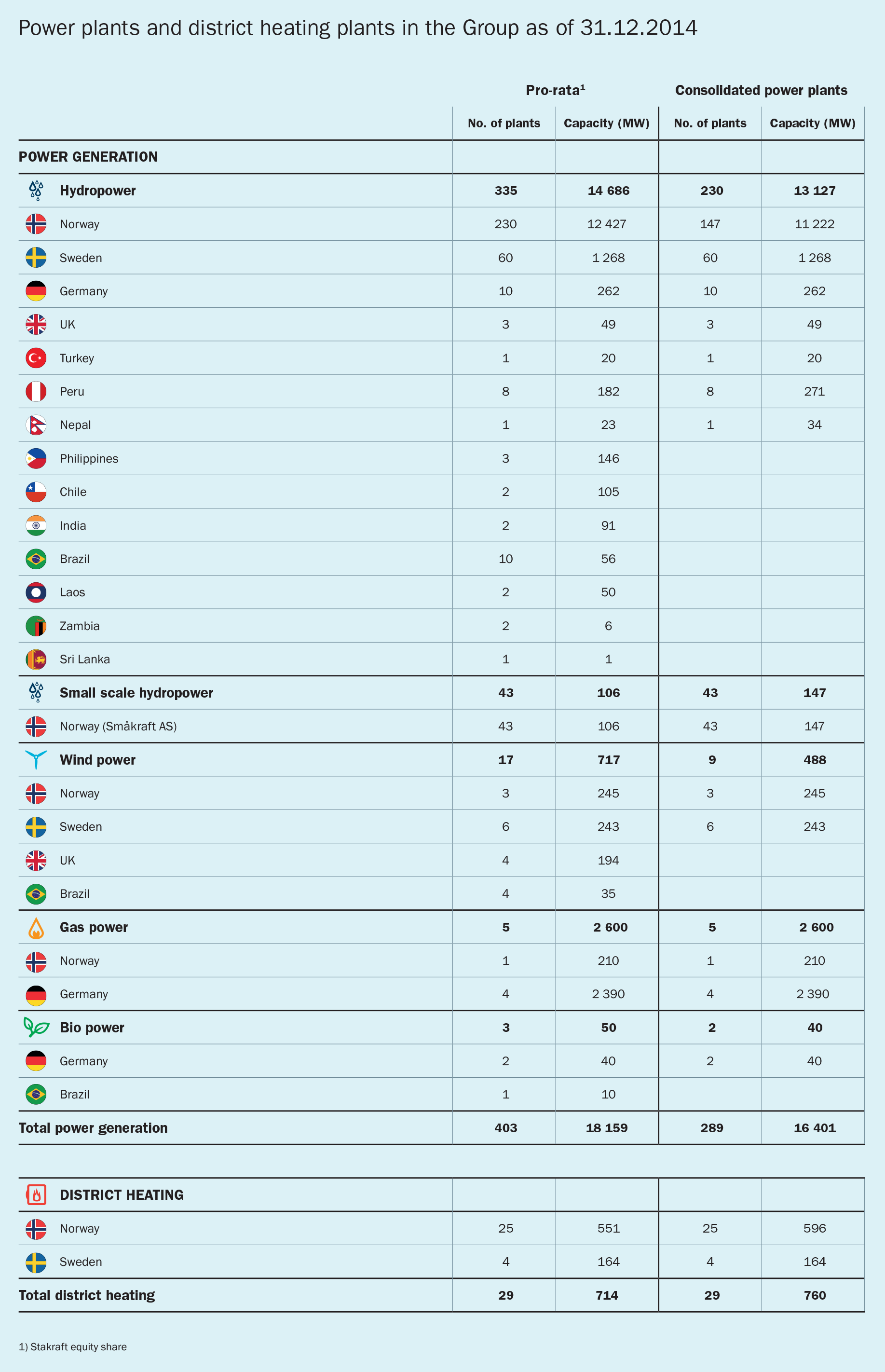