Can you make wind power profitable? 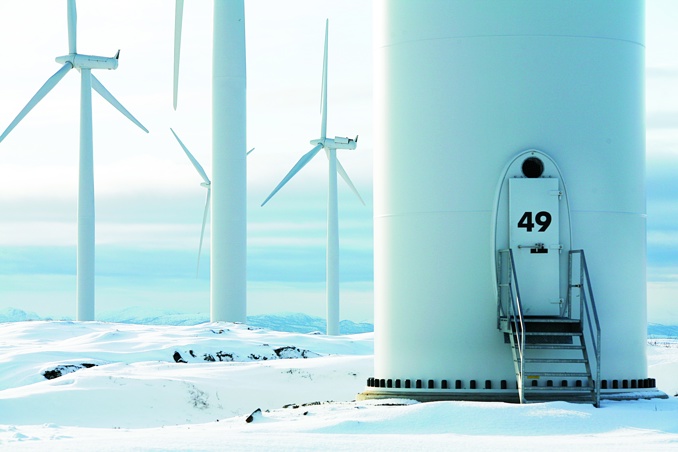 Not far from the Tower of London, Statkraft has built up an office for the group's ambitious and international wind power investments.

Daniel Christophersen (24), currently based in London, is working on how new and hopefully revolutionary battery technologies can balance out the large fluctuations in the electricity production from wind turbines. He believes that the technological solutions that are available now, can make a big difference.

- They will surely be used at all wind farms in the future. Christophersen, who is half Scottish, is trained as a chemical engineer at the University of Edinburgh.

The Trainee position is based in London
Like many of Statkraft's young talents, he has made the choice between oil and renewable energy. He previously worked for the oil industry in Aberdeen, as a consultant. - I would rather work with green energy. He believes that it is essential to be genuinely interested in renewable energy and solving the climate challenges, in order to get a job in Statkraft.

- I am working with many intelligent and nice people. They have time to discuss with me, which ensures that I learn a lot from them. In all units around the organization, they seem excited to have a trainee.

Statkraft seeks trainee to the Wind Strategy Team
Christophersen was sent to London as part of his third rotation in the trainee program. Now, Statkraft has announced a trainee position in the wind strategy team - which is based in London. The office is located in London city - not far from the Tower of London.

- Compared to the headquarters at Lysaker, this office is much smaller. You become more familiar with all your colleagues. It is a different experience, he says.

In the new trainee position, you will get a thorough understanding of Statkraft's approach to wind power. It will provide you with the opportunity to participate in developing both onshore and offshore wind energy, and work with simulation models for the energy market as well as financial and strategic analysis.