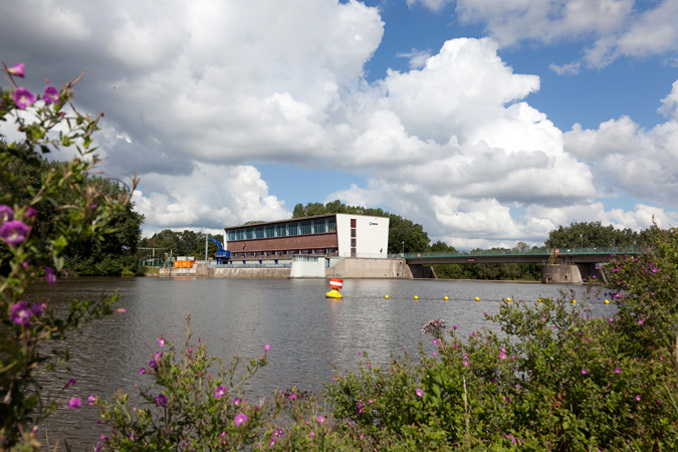 Landesbergen power plant is located along the Weser River in the district of Nienburg in Lower Saxony, Germany.

Statkraft took over the run-of-river hydropower plant in Landesbergen from E.ON at the beginning of 2009. The plant which was commissioned in 1960 and has a generating capacity of 7.2 MW.

The central control room for monitoring the run-of-river hydropower plants in the Weser, Werra, Fulda, Hunte and Eder rivers is located in the pumped-storage power plant Erzhausen.