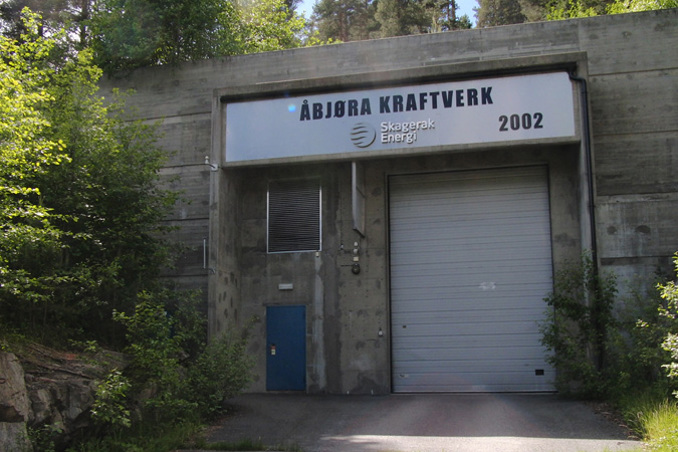 Åbjøra power plant is located inside a mountain west of Lake Aurdalsfjord in Nord-Aurdal Municipality in Oppland County.

Ownership: Statkraft is an indirect co-owner through its 66.62 per cent ownership in Skagerak Energi AS
Production: 558 GWh
Power: 94 MW

The original plant was completed in 1951 and was located 600 metres inside the mountain, but in 2002 a new power plant was commissioned 250 metres further inside.

The main watercourse is the Drammen river system, which has a catchment area in the municipalities of Oppland, Buskerud and Vestfold. The plant draws water from several major reservoirs, but its immediate intake reservoir is the combined Lake Bløytjern/Ølsjøen. Water is transferred from the intake reservoir 4.5 kilometres through a head race tunnel and then into a vertical pressure shaft about 380 metres in length. After that, water is driven against a turbine through another 260-metre-long head race tunnel.

The 13 MW increase in power from the old to the new power plant is mainly due to the choice of a Francis turbine and better utilisation of the height of fall.