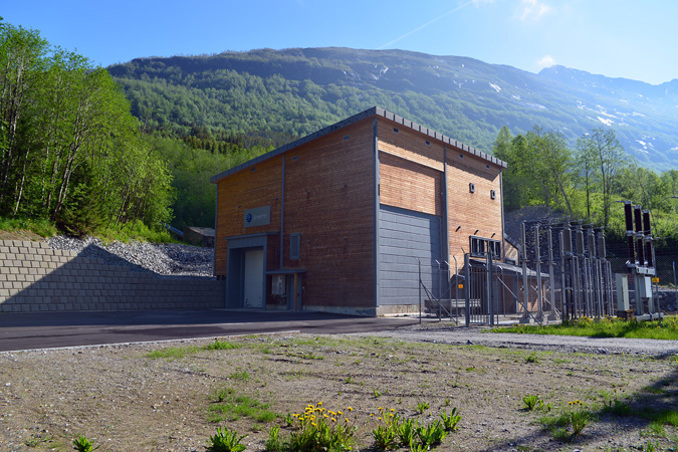 The power plant was commissioned in 1972 and uses Lake Store Målvatn as a reservoir.

The water in the upper part of the Bjerka watercourse is transferred to Rana power plant. So Bjerka power plant makes use of the residual water flow and a total height of fall of 371 metres. Operational water flow was so low that it was decided to build the penstock and power station out in the open. A license was granted in 1968 to dam up to contour 430, but until 1998 only a portion of this was used.

The generating unit operates at an extremely high speed (1000 rpm) and is equipped with a Francis turbine with a capacity of 20 MW.