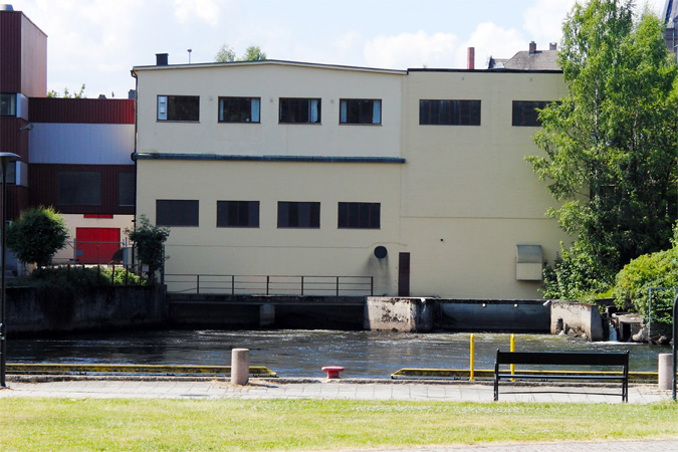 Eidet is a relatively small power plant in the centre of Skien Municipality in Telemark County.

Ownership: Statkraft is an indirect co-owner through its 66.62 per cent ownership in Skagerak Energi AS
Production: 4.3 GWh
Power: 0.7 MW

The power plant was commissioned in 1960 and draws water from the Skien watershed, using a height of fall of three metres between Lake Hjellevannet and Skien harbour.

The power plant has a Francis turbine with an installed capacity of 0.7 MW. Water used to generate 0.7 MW of power flows at a rate of 18 cubic metres per second and this represents about six per cent of the average water flow in the Skien watershed.

The machine room at Eidet power plant is located next door to the flour mill Skiens Aktiemølle.

Through its majority ownership in Skagerak Energi AS, Statkraft is co-owner of Kammerfoss. Skagerak Kraft AS, a wholly owned subsidiary of Skagerak Energi, is however responsible for daily operations, and manages the licences and obligations in terms of river management and regulating of the watercourse.