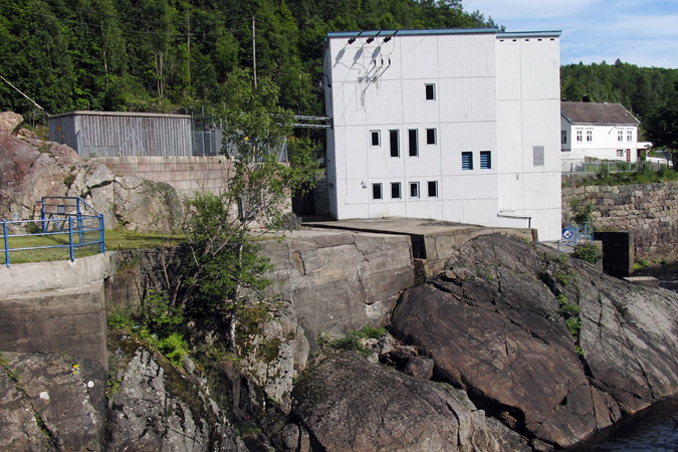 Ownership: Statkraft is an indirect co-owner through its 66.62 per cent ownership in Skagerak Energi AS
Production: 9 GWh
Power: 1.9 MW

The power plant is situated as the fifth and last plant in the Kragerø River, about nine kilometres below Dalsfoss power plant and two kilometres from the sea.

The power plant uses a height of fall of six metres and was originally commissioned in 1958 to provide electricity for wood pulp production. The dam installation dates from before 1900, but was upgraded to improve flood control in 1991. All floodwater goes in a spillway over the crest of the dam.

The power plant has a Kaplan turbine with an installed capacity of 1.9 MW.

Through its majority ownership in Skagerak Energi AS, Statkraft is co-owner of Kammerfoss. Skagerak Kraft AS, a wholly owned subsidiary of Skagerak Energi, is however responsible for daily operations, and manages the licences and obligations in terms of river management and regulating of the watercourse.