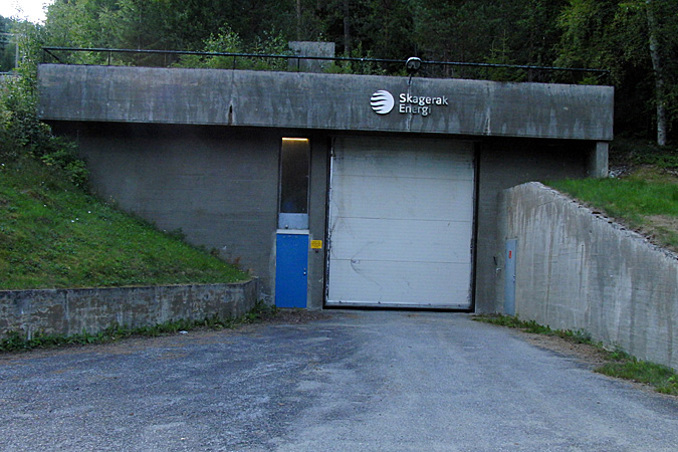 Ownership: Statkraft is an indirect co-owner through its 66.62 per cent ownership in Skagerak Energi AS
Production: 190 GWh
Power: 44 MW

The power plant, which was begun in 1963 and commissioned in the autumn of 1966, uses a height of fall of 196 metres from Fønnebøfjord in the Uv Valley and down to Norefjorden below Rødberg. The power plant has two generating units equipped with vertical Francis turbines, and an installed capacity of 44 MW.

The power station is located inside the mountain and utilizes mainly operating water that has already produced energy on its way through Uvdal I power plant higher up in the watercourse.