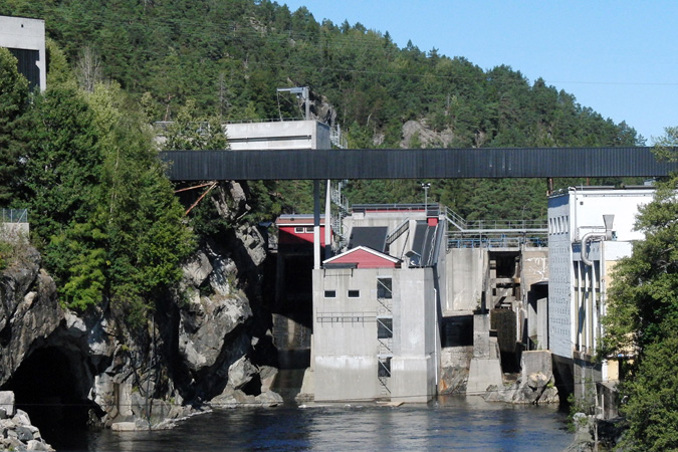 Vafoss power plant in Kragerø Municipality in Telemark County was commissioned in 1954.

Ownership: Statkraft is an indirect co-owner through its 66.62 per cent ownership in Skagerak Energi AS
Production: 22.0 GWh
Power: 4.6 MW

The power plant is the fourth of the power plants on the Kragerø River and is located about eight kilometres downstream from the Dalsfoss waterfall. It was originally built to power the grinder at the wood pulp plant on the site.

A new power plant was completed in 2008 featuring a new generating station and an upgrade of the existing dam that was built before 1900. The new Francis turbine has a maximum discharge of 40 cubic metres of water per second.