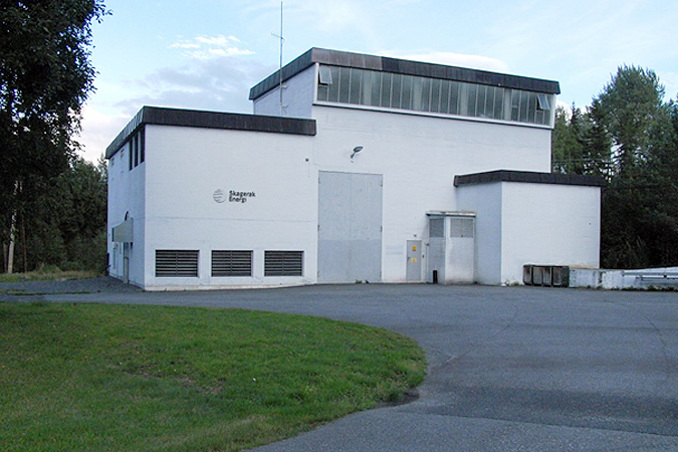 Ownership: Statkraft is an indirect co-owner through its 66.62 per cent ownership in Skagerak Energi AS
Production: 84 GWh
Power: 12.0 MW

Construction began in 1958 and the plant was commissioned in 1960.

The power plant utilises a catchment area of around 100 square kilometres east of Blefjell. The catchment area includes seven major and minor lakes which are regulated, giving a total reservoir capacity of 29 million cubic metres.

The height of fall is about 380 metres from Lake Hoppestadvannet down to the power plant, which is located a few hundred metres from the Numedalslågen River. There is a horizontal Pelton generating unit installed in the power plant which initially provided around 11 MW. This was increased to 12 MW after an upgrading in 1991. The power plant is connected to the regional power grid at Kongsberg via a dedicated 66 kV line, in addition to a 22 kV line to the local grid in Flesberg.

Vrenga power plant has a maximum discharge of 4.8 cubic metres of water per second, and an annual mean production of 84 GWh. The Gjuva watercourse is transferred to Vrenga via a 1600-meter-long tunnel from Lake Hanavatn to Hølseter.