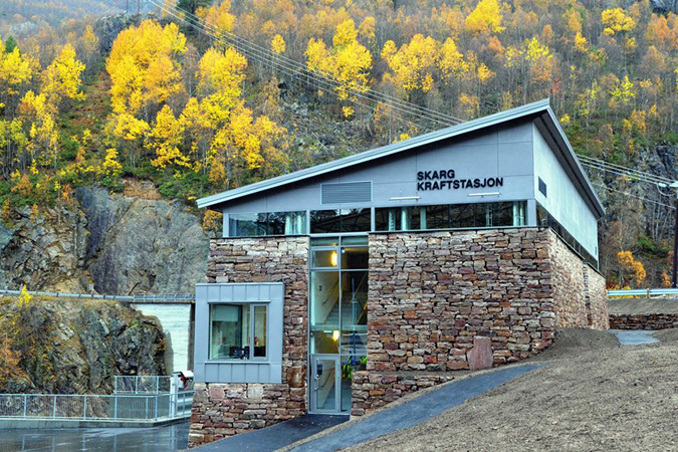 Skarg power plant is located in the centre of Bykle Municipality in Aust-Agder County.

Ownership: Statkraft is an indirect co-owner through its ownership in Skagerak Energi AS and Agder Energi AS
Production: 69 GWh
Power: 24.6 MW

The power plant utilises an existing diversion tunnel between Sarvsfoss and Lake Botsvatn. A new dam has been built at Sarvsjuvet in Bykle, and an extensive tunnel system collects and transfers water from a larger area.

The height of fall is 80 metres.

The plant is equipped with two vertical Francis turbines producing 12.3 MW each.

Through its ownership in Skagerak Energi AS and Agder Energi AS, Statkraft is co-owner of this power plant. Otra Kraft DA is responsible for daily operations, and manages the licences and obligations in terms of river management and regulating of the watercourse.