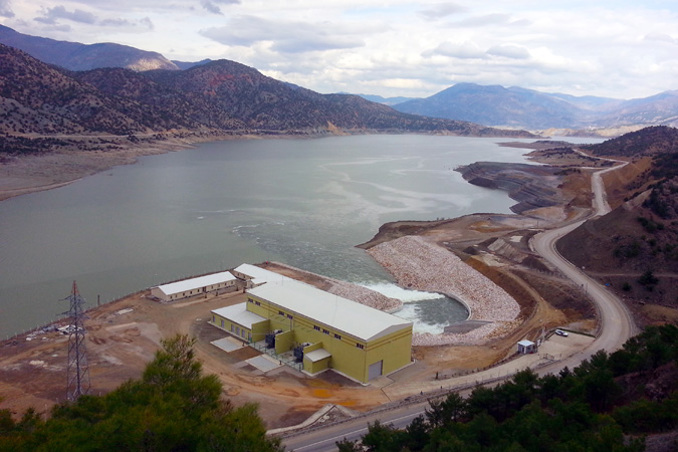 The Kargi hydropower plant is located on the river Kizilirmak in the districts of Osmancik and Kargi in northern Turkey.

After four years of construction, Kargi went into commercial operation in May 2015, and was officially opened in August 2015. Kargi Kizilirmak Enerji A.Ş. is a wholly owned Statkraft company.

In 2007 Statkraft was given the license to build and operate the Kargi power plant for 49 years by Turkey’s Energy Market Board Authority allowing for utilization of the energy potential of Kizilirmak river between the town of Osmancik and the reservoir of Boyabat Dam.

Kargi power plant is operated and maintained by Statkraft. In total the production of renewable energy will be 470 GWh per year, based on a total installed capacity of 102 MW.

The construction of Kargi took place between February 2011 and May 2015, employing more than 400 people.

Central to the project was the construction of a reservoir. The dam, constructed 15 kilometres downstream of Osmancik town, allows water from the Kizilirmak river to be stored and used for power generation. The maximum water level of the reservoir is 405 metres above sea level, and it covers three square kilometres of agricultural land and one square kilometre of forest and public land.