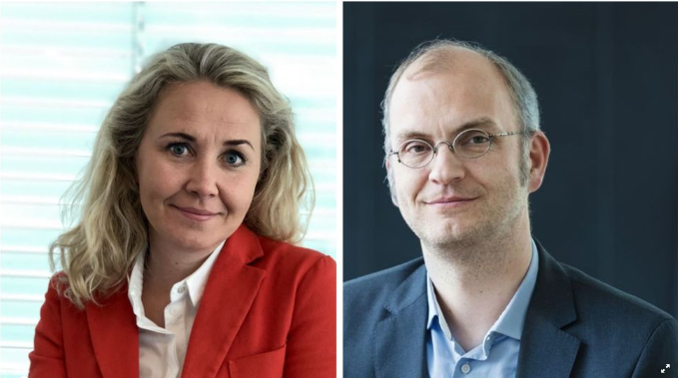 In an op-ed in Norwegian daily Aftenposten, Statkraft’s leaders of public affairs and strategy , Julie Wedege and Henrik Sætness, ask whether the World Energy Outlook report underestimates the development of renewable energy.

Today, one of this year's perhaps most influential climate reports is being published: The International Energy Agency's (IEA) World Energy Outlook. The report is a fundamental part of the knowledge base when the world's authorities choose policies to address climate change, and when investors choose to invest their money. But what kind of report is it really?

IEA's World Energy Outlook (WEO) has been criticized for underestimating the developments within renewable energy. Therefore, it is important to remember that there are also other assessments of the energy future that draw a different picture, which should be relevant to politicians and investors.

WEO is not a forecast for future development, but a report that describes development paths under different conditions. In particular two main scenarios are described: “The Stated Policies Scenario” is based on historical data and the current political situation, while the “Sustainable Development Scenario” is based on reaching the Paris Agreement emission targets. Thereafter, they calculate a possible global energy mix to reach the goal.

In the "Stated Policies" scenario, the IEA has not emphasized reaching the climate targets. The assumptions in this scenario have proven weak when it comes to estimating the world's ability to increase the share of renewable energy. For example, the IEA has never described the massive increase in solar power. Rather, they have drawn a picture of the development of new solar power as relatively flat, while it has proven almost exponential.

This has two reasons: firstly, the IEA does not understand the current cost of developing renewable energy. Secondly, the political will to contribute to the growth of renewable energy does not count. The sum is wrong. The development in solar energy has been tremendous in recent years, with better technology, lower prices and faster development. However, the IEA's data set on solar power development, which primarily includes years when the technology was poorer and prices were higher, leads to errors in the forecasts.

In recent years, the political will to build renewable energy has also increased. However, the IEA's models do not capture the effect of e.g. the Paris Agreement before it is specified into national measures. The fact that a country will become carbon neutral in 2040 does not count in the models, so future measures are not part of the forecast.

It is, of course, possible to argue that this is appropriate because it shows that we cannot achieve the climate goals without politicians coming up with new measures. But it can also hold back development.

Although there is a growing understanding in the market that the IEA underestimates renewable development, IEA's analysis nevertheless influences investment decisions in renewable technology.

Statkraft has 125 years of experience with renewable energy. We are among the ten largest renewable companies in the world, and the largest in Europe. When we analyse the future, it looks brighter than in IEA reports: We estimate that the world can get 80 percent of its power supply from renewable sources in 2050, while the IEA estimates a 40 percent renewable share.

We are also optimistic because politics, technology and the market are now pointing in the same direction: the world will avoid the worst effects of climate change. Achieving the objectives of the Paris Agreement is difficult, but possible, and the interaction between electrification, energy efficiency and decarbonisation creates major effects. Much is driven by the market, and with smart policies that make it easier for the market - not politicians - to find the most effective solutions it can be go even faster. Profitable renewable solutions are the most effective means of saving the climate.