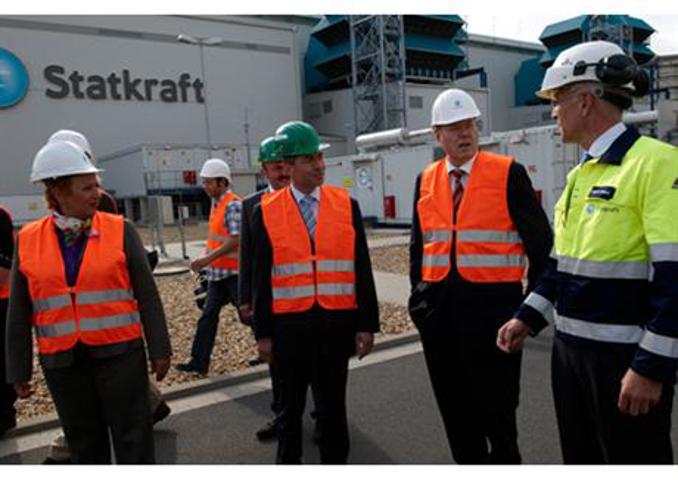 Minister of Finance Peer Steinbrück was very interested in the activities at Knapsack.

Germany’s Minister of Finance visited Statkraft’s power plant at Knapsack on 11 September to learn more about the technology used in a modern gas and steam turbine power plant. He was not disappointed.

The Statkraft hosts had prepared an accurate and detailed program for the Minister, who was accompanied by a number other top politicians who, for a longer period of time, have followed Statkraft’s activities at Knapsack. Executive Vice President Jørgen Kildahl and Jürgen Tzschoppe Head of Energy Management & Energy Projects briefed the guests on the Statkraft group.

Minister of Finance Peer Steinbrück was very interested in the activities and was impressed by the company’s good results.
“I envy my Norwegian colleague Kristin Halvorsen. She can use the profits from this successful company in the state budget,” Steinbrück said.

Following the meeting, Jørgen Kildahl guided the German Finance Minister on a tour of the power plant. Steinbrück was thoroughly informed of the processes in a modern gas and steam turbine power plant, and the Minister was impressed.
”A 58 per cent efficiency rate is far more than regular coal-fired power plants can achieve,” the minister said with admiration, before he, after the 90-minute stay, had to travel to his next engagement in the German election campaign.