“This is something Statkraft can be proud of and something I, as the Minister of Petroleum and energy, am proud of too,” said Terje Riis-Johansen after the opening of the osmotic power plant at Tofte, before he continued:
“This is not just something I’m saying, we are at the forefront and we’re opening something which has never been opened before!”

A few minutes before, Crown Princess Mette-Marit walked in to a tent filled to capacity at the seaside at Tofte, to open the world’s first osmotic power plant prototype. Together with the Minister, local politicians and representatives of research and business communities, her Royal Highness saw the osmotic powered turbine turning according to plan. The event was extensively covered by more than 50 Norwegian and international journalists.

“Seeing is believing,” said head of Bellona, Frederic Hauge, of the osmotic power plant in his speech, and revealed that the environmentalist group reported on osmotic power for the first time in 1992.
“It is inspiring to see that there now is a facility which aims to develop this energy source,” he continued. “It is important that someone is the first and devotes money and efforts to solutions like this.” 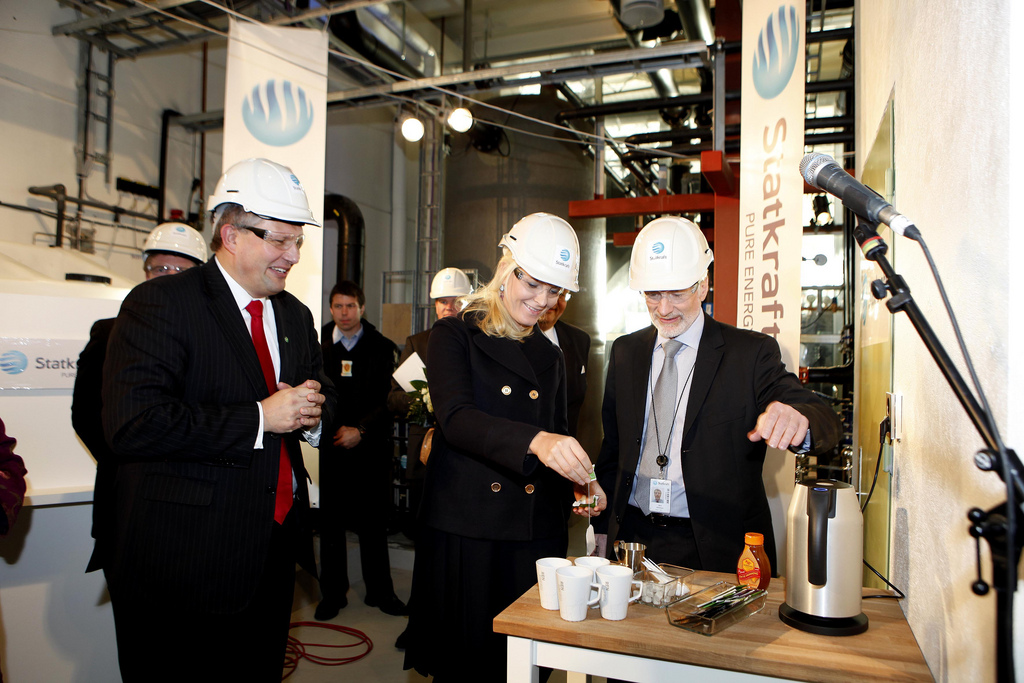 The very first power to be produced at the facility was used to make tea for the most prominent of the guests, and with tea cup in hand, Crown Princess Mette-Marit received an account of how osmotic power works. Minister of Petroleum and Energy Terje Riis-Johansen also received a thorough explanation, and he plans to pass the story on. “When I meet with colleagues from other countries and tell them about our osmotic power efforts, I expect a lot of follow-up questions. Now I know how to respond,” the Minister said.

He believes we will now see two parallel courses towards the transition to renewable, eco-friendly energy: A further development of already known technology, but also completely new approaches to exploiting natural processes.
“The authorities take a positive view of supporting Statkraft’s pilot project,” Riis-Johansen said, adding that the money is there.

Read more about Osmotic Power and the new plant