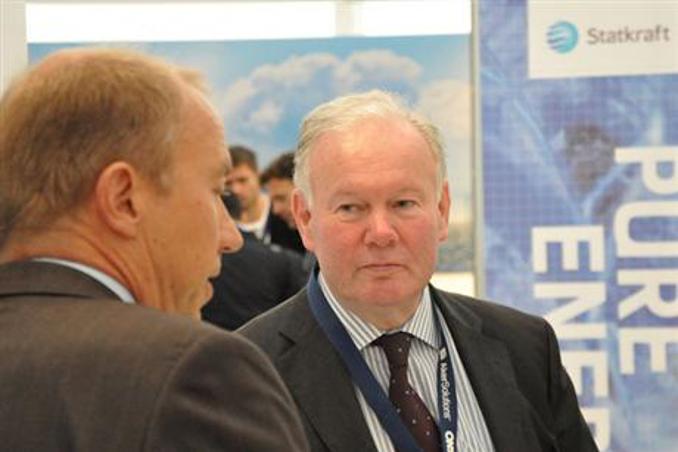 Charles Hendry, British Minister of State for Energy and Climate, attended the ONS fair in Stavanger this week. During his visit, Mr. Hendry discussed the development of offshore wind energy in the UK, where Statkraft is very much involved. Mr. Hendry met with President and CEO Christian Rynning-Tønnesen, and gave a speech during Statkraft’s offshore wind energy seminar ”Pure energy for more people” on Wednesday 25 August.

Wind was a popular theme at ONS – there is a great potential for developing wind energy in Europe, and the UK in particular has grand plans. The British Minister of State for Energy and the Climate, Charles Hendry, said in his lecture during Statkraft’s seminar entitled "Pure energy for more people" that they have plans for more than 30,000 MW, and that at least half of this can be realized before 2020.

Not only did he hold a lecture during our seminar, he also met with our President and CEO, due to the fact that Statkraft is one of the players already investing in the UK. We already have an onshore wind farm in Wales, and off the coast of Norfolk, foundations are now in place for an offshore wind farm in partnership with Statoil. Statkraft is also one of four companies working to develop wind energy at the Dogger Bank.

In other words, there are many reasons why we should invest in offshore wind energy, and when we include the fact that Europe will increase the amount of renewable energy with 600 TWh per year, with half of this coming from wind energy, we know there will be plenty of wind energy projects in the years to come!