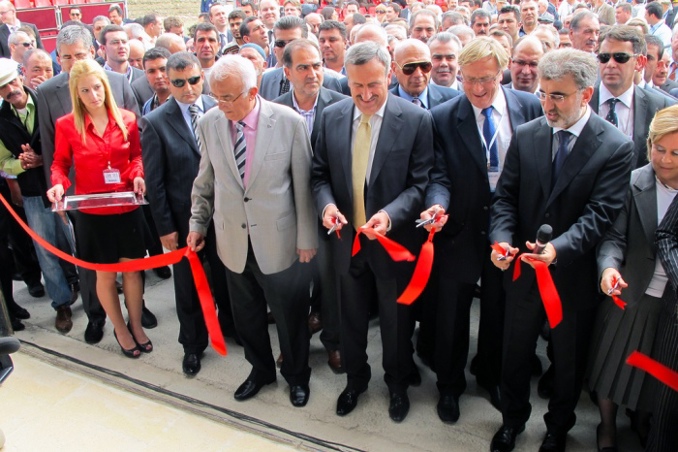 “Turkey's demand for new energy is great, and I welcome Statkraft to grow with Turkey", Taner Yildiz, Minister of Energy and Natural resources, stated at the official opening 12 October.

Following his speech, he joined Statkraft’s Chair Svein Aaser in cutting the ribbon symbolising that the plant is officially opened. In his speech, the minister emphasized the importance of developers respecting social responsibilities in local, affected communities.

There is a great potential for developing renewable energy in Turkey, and it could become one of the leading European countries within this field. Turkey uses some 200 TWh of electricity annually, but it is expected that the demand will grow to 400 TWh by 2020. At present, about 20 per cent of the total energy production is based on hydropower, and there is a great potential for hydropower development in Turkey.

Cakit is a run-of-the-river plant, with an installed capacity of 20 MW and will have an average annual production of 95 GWh. This amounts to the electricity consumption of about 32 000 Turkish households.The construction works started April 2008. Çakit was one of several projects in the company Yesil Enerji, which Statkraft acquired in June 2009. Statkraft completed the construction works and the power plant was commissioned in May 2010, started commercial production in June 2010 and was officially opened 12 October 2010.

More power plants in the works

Statkraft is working on another three projects in Turkey. If all are completed, the facilities will have a total capacity of approx. 550 MW and the average production capacity will be approx. 1800 GWh annually. The total investments will amount to EUR 500-600 million.

Images of Cakit power plant and the opening can be downloaded from Flickr:

The Norwegian Embassy in Ankara, Tyrkia writes about the opening.