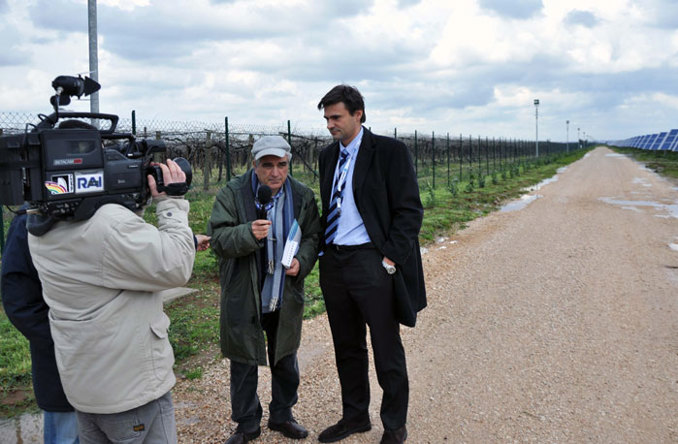 Statkraft’s representative in Italy, Matteo Neri, was interviewed by RAI.

Matteo Neri, General Manager for Statkraft subsidiaries in Italy, has busy workdays traveling around the southern Italian regions of Puglia, Lazio, Molise and Sicily to identify and develop the best solar power project opportunities for Statkraft to invest in.

“This is due to of a combination of good solar irradiation and an attractive government backed incentive system. Italian authorities have developed a new subsidies plan that will cover the years 2011 to 2013 and provide a basis for sustainable growth in the installed capacity,” says Matteo.

“Many large solar power projects are being developed for 2011 and 2012 in Italy, and we want to use this exciting opportunity to achieve the strategic goal of having 75 MW online by 2012,”  says Matteo.