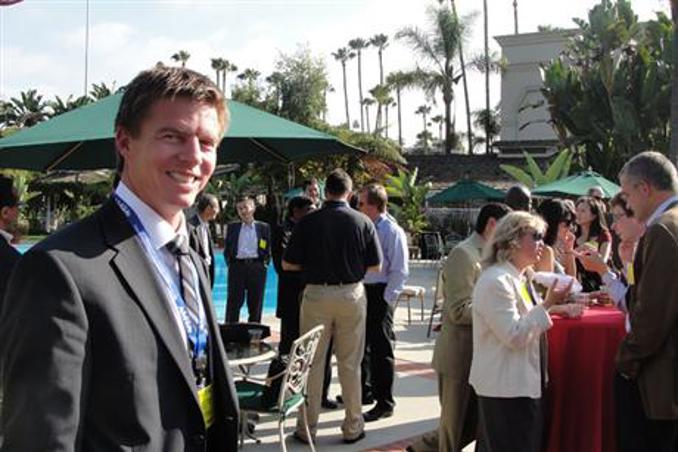 This summer’s membrane conference in San Diego, held by Statkraft’s osmotic power team, was a huge success, with more than 100 participants from industry and research communities working to develop membranes for osmotic power and clean water production – and there was substantial interest in Statkraft’s experiences from the osmotic power plant at Tofte.

Representatives from all the major membrane companies and research communities in the USA, Asia and Europe were present at the Osmotic power membrane conference in San Diego on 11 and 12 July. The conference aimed to gather cutting-edge expertise in development and commercialisation of membrane technology. Cooperation across companies and national boundaries is necessary to make osmotic power a technology worth taking seriously in the near future. It was especially noteworthy that representatives of the US authorities were among the speakers and attendants at the conference. The field is also seeing an increasing commitment from Statkraft’s competitors in the energy industry, and the significant Canadian power producer Hydro-Québec   endorsed osmotic power in its speech, stating that this is a next-generation solution that they want to invest more in.

Osmotic power director Stein Erik Skilhagen in Statkraft is impressed by the progress made since the first osmotic power conference in Amsterdam in 2008.
New research communities are cropping up, and major progress has been made since 2008. Significant resources have been invested to find new and better membrane solutions. Skilhagen is encouraged to see that the competition in the field is growing, and the next osmotic power prototype is already starting up in Japan.

Although the interest in and knowledge of osmotic power is growing, Statkraft is still widely recognised for its leading role in the field.

”There are major expectations to the Statkraft work in this field and a lot of focus on the experiences we have gained  from our osmotic power plant at Tofte and where we will go from there,” says Skilhagen.
The interest in Statkraft’s lecture in San Diego was also great: Geir Brekke, head of osmotic power technology development, held a great presentation of Statkraft’s experiences from an osmotic power plant in start-up mode and operation, and the presentation led to several exciting and constructive discussions.