The UK is the world’s largest offshore wind energy nation 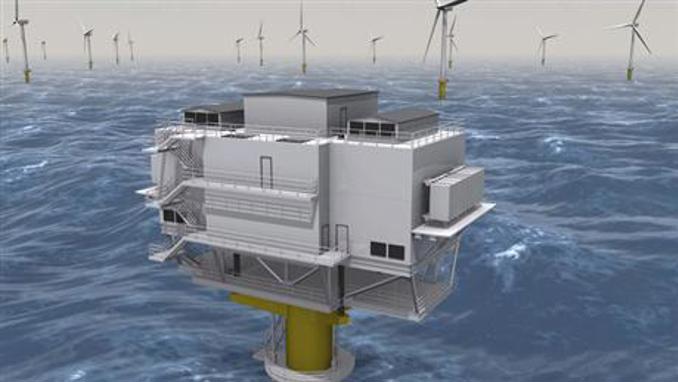 Sheringham Shoal, which will open in 2012, will be able to supply 220,000 British households with eco-friendly electricity.

The UK has now developed more offshore wind energy than the rest of the world combined. In 2013, Britain will produce more electricity from renewable energy than from nuclear power – and Statkraft is contributing to this.

Today, Sweden’s Vattenfall officially opened the world’s largest offshore wind farm to date - the Thanet Offshore Wind Farm. The wind farm is located off the coast of Kent, England, and has a total installed capacity of 300 MW from 100 wind energy turbines. The UK now has 5,000 MW of installed wind energy, of which 1,300 MW are offshore. According to the industry association Renewable UK, the UK has more wind energy turbines in operation than the rest of the world combined.

Just above four per cent of the UK energy supply now comes from wind energy. This is enough to supply three million British households with renewable energy.

And this is just the start. The UK’s stated goal is to become a wind energy superpower. Almost 2,600 MW (966 turbines) are currently being developed on land and offshore, and an additional 6,200 MW (2,311 turbines) have been granted licenses. The goal is to cover 25 per cent of the electricity need by the year 2020.

It is expected that Britons will receive more electricity from renewable sources than from nuclear power as early as in 2013. Statkraft already operates three hydropower plants and one wind farm in Wales. Together with Statoil, the company is currently developing a wind farm off the coast of Norfolk, England. The Sheringham Shoal wind farm with its 317 MW and 88 turbines will be completed in 2012.

In addition, Statkraft, Statoil, RWE and SSP are developing wind energy projects on the Dogger Bank through the Forewind consortium – with a potential of more than 9,000 MW. The Dogger Bank is the largest offshore wind energy zone ever to be granted a licence for development of wind energy.

The US still on top

However, on a global scale, when land and offshore wind energy projects are combined, the British still have some way to go before they reach the top: At the end of last year, the US had installed more than 35,000 MW of wind energy, followed by Germany with almost 26,000 MW and China with 25,000 MW. In 2009, the UK was in eight place, but is sure to climb in the years ahead.