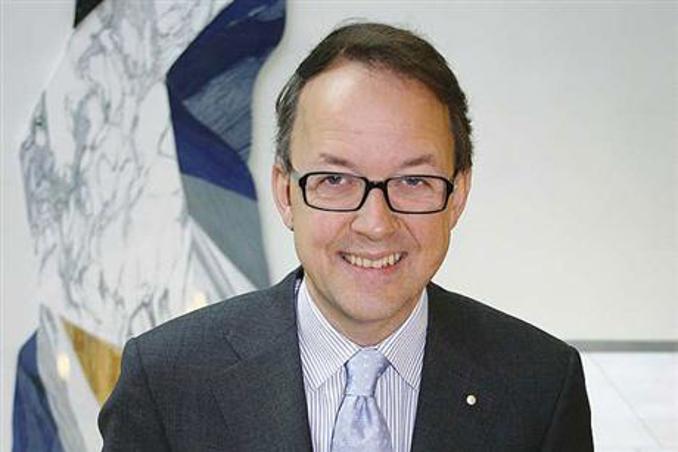 FOCUS ON ENERGY: The UK has launched major offshore wind energy initiatives. During the third licensing round, which was made public earlier this year, licenses were granted to develop projects totalling 32,000 MW. The British energy market is the size of the Nordic market, and should these projects be completed, offshore wind energy  will represent a significant share of the total British energy  production.

Investments in offshore wind energy are estimated at NOK 700 to 900 billion, So it is not without reason that the Norwegian supply industry is also looking for opportunities in this emerging market. Together with investments in onshore wind energy, and other renewable energy sources, it is expected that the annual subsidies for renewable energy production in the UK will reach NOK 60 to 70 billion by 2020. This is a lot of money for supporting energy production beyond market prices. Does it make sense?

The EU’s decision on binding and ambitious climate targets has a great impact on British energy policies. From a level of less than two per cent, the share is to be increased to 15 per cent of the total energy consumption by 2020. For the energy market, this means a quadrupling of energy production from renewable sources in ten years. In addition to offshore wind energy production, it is expected that energy from bio mass and onshore wind energy  will be among the most important sources, although there will also be a focus on small-scale hydropower and tidal power to name a few.

The UK also has ambitious plans for cutting greenhouse gas emissions, and the energy industry is responsible for about a quarter of these emissions. An increased share of renewable energy is also a contribution to maintaining security of supply, in a situation with decreasing British gas reserves.

The support for renewable energy must be seen in light of the general situation in the British energy market. Although the financial crisis has lowered expectations for growth in demand in the near future, there is major concern whether the necessary new investments in eco-friendly energy production will in fact be made. Some estimates indicate that more than 20,000 MW of coal energy  and nuclear energy will be phased out by 2020 due to fairly high emissions and age. This situation has sparked a fundamental debate about the British energy market.

Ofgem, the British regulatory authority, has published a study on possible deep-ploughing reforms. Some of the more extreme proposals have already been rejected by the politicians, but various forms of carrot and whip to reduce emissions and increase energy production without emissions characterise the study.

The British cabinet has in recent years made a complete reversal on nuclear energy, opting for upgrading and replacing an ageing group of nuclear energy  plants. However, it remains to be seen whether French utility company EdF and other companies with focus on nuclear energy  find it worthwhile to make new investments. With CO2 capture and storage still in the testing phase, coal energy does not appear to be a viable option.

The enthusiasm for renewable energy is also stems from an industrial-political perspective of what the growth may entail for the supply industry and local ripple effects. The British cabinet has a stated ambition to create 75,000 new jobs in the wake of the offshore wind energy  venture.

The issue of increased transfer capacity, both onshore and offshore, is also an important part of the discussion about how the ambitious goals for renewable energy are to be reached. There is a need for increased transfer capacity from Scotland in the north to the British population centres in the south. The legislation for offshore grids is being prepared, and the political enthusiasm for granting licenses for major onshore power lines is as contained as one would fear.

The UK recently held general elections, and energy policies played a natural part in the campaign. Still, the support for offshore wind energy appears to be broad and transgress political party lines, although there can be important differences as regards both the licensing system and the design of the support systems. The broad political support appears as a natural consequence of the support for ambitious climate targets, binding and high goals for renewables, concern over investments in the energy market, and a desire for more ”green” jobs. It is therefore no surprise that the supply industry sees this as an attractive new area of growth.