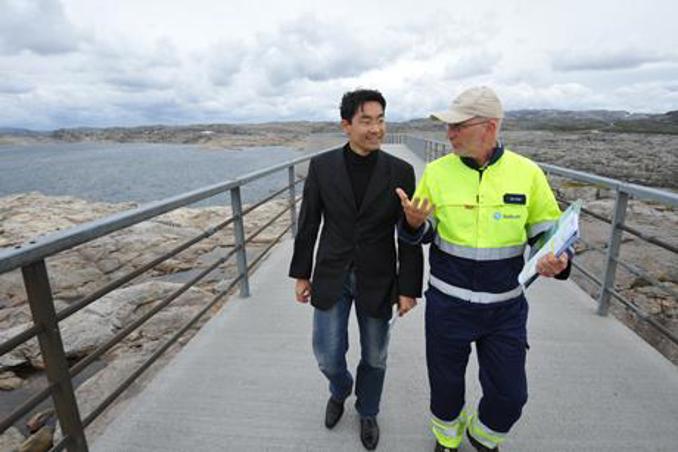 Statkraft's regional director Jan Alne talking to Dr. Rösler on the vast capacity of flexible hydropower in Norway, while walking across the Førrevass…

Following a visit to one of Statoil’s platforms in the North Sea, Rösler and his delegation was taken to the Blåsjø reservoir and the Kvilldal power station in Western Norway. Here, he was given a presentation of Norwegian hydropower, its flexibility and potential to support the future German power system.

Rösler’s visit to Norway has had a strong energy-focus. Prior to his visit to Statkraft, he had been to one of Statoils platforms in the North Sea together with Norway’s Minister of Petroleum and Energy, Ola Borten Moe. The two have also signed a joint ministerial statement focusing on strengthened energy cooperation including the establishment of energy working groups.