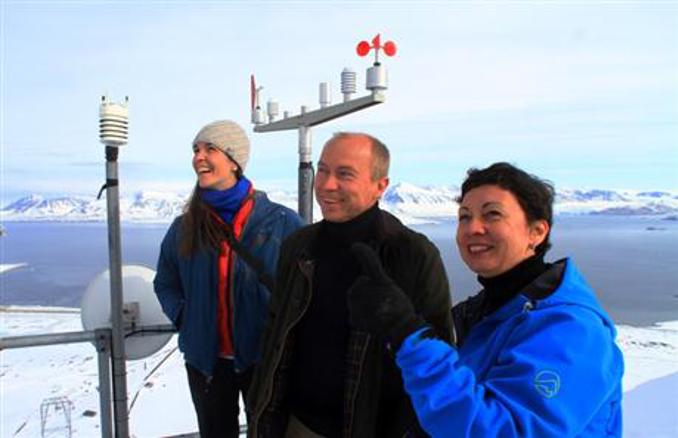 Rynning-Tønnesen at climate gathering in Ny-Ålesund. A number of international and Norwegian researchers, politicians and business leaders are meeting for three days at the northernmost permanent settlement in the world, Ny-Ålesund, northwest on Svalbard, to challenge each other to find future climate solutions.

In his lecture on offshore wind farms and Norway as a green battery for Europe, President and CEO Christian Rynning-Tønnesen said that Norway and Statkraft are in a good position to handle the challenges caused by the massive growth in wind and solar energy in Europe.

“Europe is already well under way with its transition to renewable energy, not least through its offshore wind energy ventures. This major transition also means that Norwegian hydropower can play an important role during periods with insufficient wind or sun for energy generation. With enough cables to Europe this would be a win-win for all, not least the climate,” Rynning-Tønnesen said.

Minister of Trade and Industry Trond Giske officially opened the 6th Ny-Ålesund symposium on Monday 21 May.
The chair of the UN Climate Panel, Rajendra Kumar Pachauri, was supposed to take part, but had to cancel. He nevertheless delivered the opening lecture via a link from New Dehli. In his lecture, he stressed the significance of the world’s climate challenges. “The necessary instruments represent three per cent of the global gross national product in 2030. That is not a high price to pay,” Pachauri said.

The purpose of the Ny-Ålesund symposium is to discuss issues of significance for the Arctic and the Northern Areas which have a global impact, such as climate change. The symposium is organised by Kings Bay AS in partnership with the Norwegian Ministry of Education and Research, the Ministry of the Environment, the Ministry of Trade and Industry, the Ministry of Justice and the Research Council of Norway. Statkraft sponsored the event.