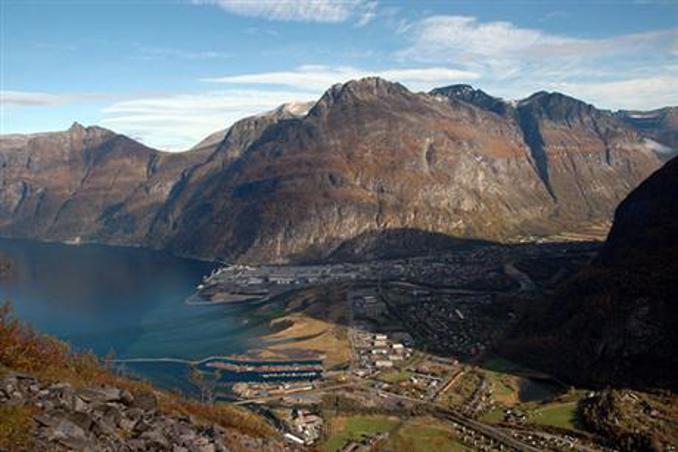 Two years after the osmotic power prototype was opened at Tofte in Hurum, Statkraft has started to assess a location for a possible pilot facility of 1-2 MW. After a thorough process, Sunndalsøra in Møre og Romsdal County stands out as the best alternative.

Statkraft has developed osmotic power as a new technology for renewable energy production for more than a decade. The prototype at Tofte was opened in the autumn of 2009. The facility is used for testing components, processes and membranes.

The construction of a pilot facility of up to 2 MW has long been planned as the next step in the development of osmotic power. It is natural for Statkraft to look into the opportunity to build this in Norway. Sunndalsøra has been pointed out as the best location for such a facility, should Statkraft decide to carry out an investment.

“Our goal is to be ready to consider an investment in a pilot facility of 1-2 MW in the next 18 months”, says osmotic power head Stein Erik Skilhagen.

A pilot facility at Sunndalsøra is planned for an industrial area already regulated for that purpose, and where Statkraft owns property. Freshwater for the pilot facility can be collected from the outlet tunnel from the Aura power plant, while sea water can be pumped from a depth of 40 metres further out in the fjord. The plans will be prepared in close dialogue with the municipality and other local stakeholders.

When Sunndalsøra now has been selected as a location for a pilot facility, it means in practice that Statkraft will assess the impact of such a facility and subsequently prepare a license application. The license is just one of several elements that must be in place before a possible investment decision can be made towards the end of 2013.

Statkraft is the world leader in the development of osmotic power and wants to contribute to the commercialisation of the technology. The challenge is to increase efficiency while cutting cost. In cooperation with suppliers and partners, the goal is to mature components, and especially membranes, that form the basis for a market and proliferation of osmotic power in the future.

“We see that the development of technology is accelerating and that an industry is emerging. The membranes we are testing at Tofte this summer are ten times more efficient than the ones we installed during the opening of the prototype in the autumn of 2009,” says Stein Erik Skilhagen.