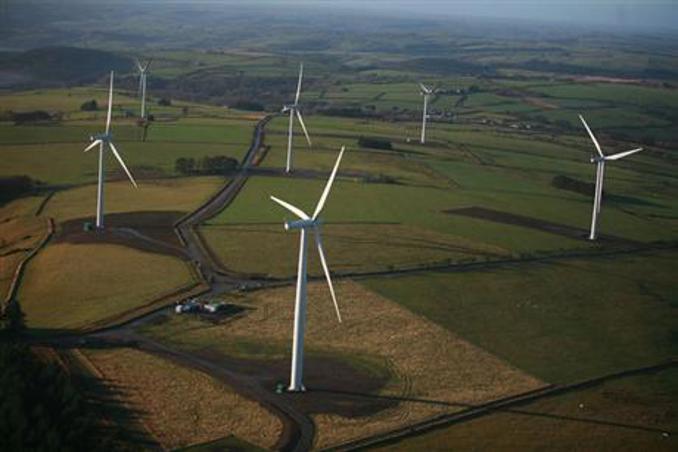 The CEO of Europe’s largest renewable energy provider, Statkraft, has announced the launch of a new co-investment pilot which will see it inject millions to kick start medium sized UK wind farm projects.

The Wind Equity Scheme, launched by Statkraft, comes as the Norwegian company prepares for further UK growth through a new Energy Services Division, launching this November.

After launching in the UK in 2006 and establishing a Power Purchase Agreement (PPA) business in 2010, Statkraft has now secured over 500MW of contracted onshore wind PPAs and its Wind Equity Scheme will contribute to the company’s continued expansion.

The scheme will provide a new solution to developers of schemes between 7 and 20MW who have experienced financing problems at the consent stage and do not want to mortgage their land or sell out a majority of the project to a third party into order to finance the construction of their scheme.

Through the Wind Equity Scheme projects in this scenario would benefit from equity of up to 40% as well as a bankable Statkraft PPA and professional project management support.

Statkraft would be a minority partner in each participating project, allowing developers to retain control of their renewable asset while using the PPA to secure debt funding.

A UK wide search has now been launched to source interested parties for the scheme and Statkraft will in particular be targeting Scotland, where the natural wind resource is abundant. The company hopes to draw interest from renewable technology developers including landowners, farmers, community groups and small to medium businesses.

As well as launching its Wind Equity Scheme Statkraft is also poised to launch a new Energy Services Division, which will be headed up by Andy Cooper, who is joining Statkraft in November 2012 from GDF Suez, where he is currently Head of Sales. Statkraft will offer  pure energy to large consumers with an emphasis on flexibility and the development of long term customer relations.

“Our latest developments will be significant positive additions to our UK business. We are aiming for continued growth and our new Energy Services is the natural progression in developing our UK business.  Our Wind Equity Scheme will also play an important role. We believe there is a real funding gap to be filled in relation to developers whose projects need an innovative financial solution and this new co-investment model seeks to address this. It’s a new way of accelerating UK wind energy growth which will benefit smaller developers.”