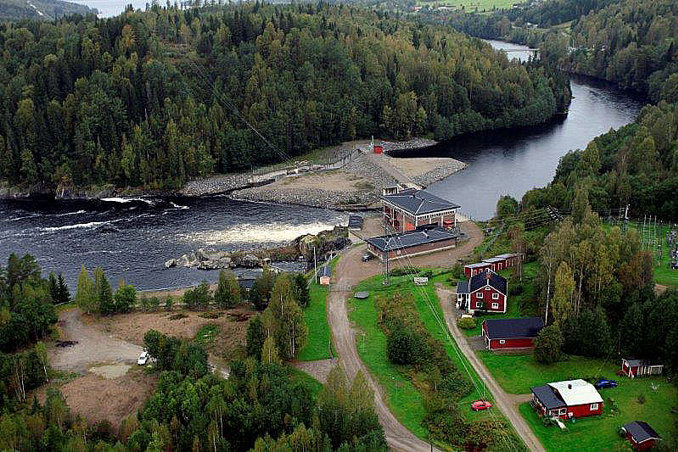 Statkraft is launching a project together with other stakeholders to study the ecology downriver Viforsens power plant. The aim of the project is to evaluate how the physical conditions, such as water flow and bottom structure, affect the ecology of the area.

The other participants invited to join the project are Hushållningssällskapet, Fiskevårdsområdena Tuna östra and Nedre Ljungan, the Municipaliy of Sundsvall, Vattenregleringsföretagen and Ljunganfiskarna. Statkraft invites them to share their knowledge. The project will start of with a two-day meeting that includes visits to a number of sites that are typical salmon areas or particularly exposed areas.

- A dialogue between the stakeholders that all have different interests in the water in the area is important. That is why we have chosen to implement the project with joint forces. Also, the cooperation can hopefully contribute to an increased understanding amongst the stakeholders and constitute a base for how we can combine power production with good water ecology, says Angela Odelberg, environmental coordinator at Statkraft and project manager of the initiative.

The context of the project is that Statkraft in August of 2013 made ​​an unintentional breach in the regulation downriver from the Viforsens power plant. The incident was reported to the county administrative board, both by Statkraft and Älvräddarna.

- Statkraft has a zero tolerance policy for deviations from the water adjunction and report all deviations to the county administrative board. We will take our responsibility for our ecological impact but we are not the only stakeholder that affect the water levels in Ljungan. All stakeholders that operate in the area are dependent on each other. That's why we initiated this project. We hope and believe that the other hydroelectric manufactures in Ljungan also join the project, says Angela Odelberg.

The field research will begin in the spring of 2014 and continue throughout the year. Statkraft plans to present results from the project around the turn of 2014/2015.