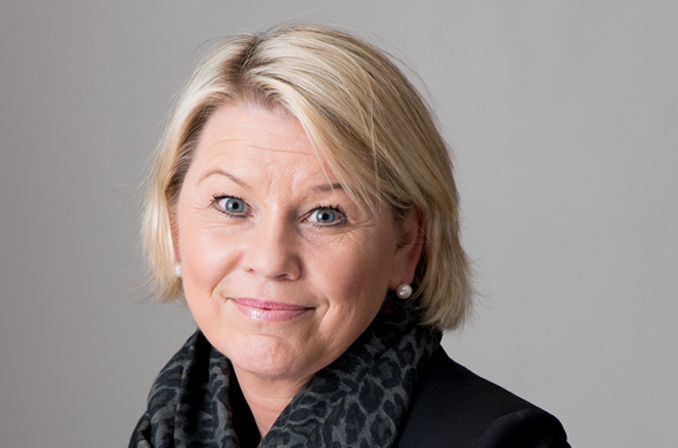 She has ownership responsibility for nearly half of Norway's state-owned enterprises, and for the ownership strategy. Minister of Trade and Industry, Monica Mæland, is also the woman who recently secured Statkraft NOK 10 billion in fresh equity. "The world needs more renewable energy," she says in an interview with Statkraft's magazine People & Power.

A large screen with the latest news from the Oslo stock exchange is the first thing that greets me on my way in to meet Monica Mæland. The market value of the Norwegian state's shareholdings on this winter day is EUR 68,329,293,445. (On the same day, the "petroleum fund" is worth a staggering EUR 776,443,011,148...).

If there is unrest in the markets and their value drops somewhat, the impact is formidable. The state is Norway's biggest capitalist.

The graphs on the screen in the Ministry of Trade, Industry and Fisheries also show that the price of oil is plummeting. Whereas once we were accustomed to over 100 dollars a barrel, now it is down to between 40 and 50.

Monica Mæland welcomes me, precisely on time and full of energy. She was born in Bergen. Natives of the west coast of Norway are fearless in the face of a storm. All the same, I open the conversation with this question:

"Don't you get nervous when the price of oil drops?"

"No. The big change did come suddenly, but at the same time, there had been warning signs. Many analysts expect the price to rise again in the future. However, we cannot expect to return to the old normal. Lower oil prices and restructuring must be regarded as the new normal."

"Do the changes in the oil and gas industry have consequences for the focus of state ownership?"

"Oil and gas will continue to dominate the Norwegian and international economies. We will have a major oil and gas industry for many years to come, and there will be large investments in this industry in the future, such as the Johan Sverdrup field. However, the recent changes are a strong message that we need to diversify. We need to restructure, and we must create new industries. Look for example at what Norway is doing with fish exports. While we sell less oil and gas, we're selling more seafood. Investments in renewable energy will also contribute to necessary restructuring and give us a greener competitive advantage."

"In December 2014 the Norwegian Government decided to inject fresh equity into Statkraft, a sign of support for the company's investment strategy in Norway and abroad. This puts us in a position to invest NOK 60 billion over the next five years. What was behind this decision?"

"Statkraft is already Europe's largest producer of renewable energy and has a wealth of expertise. The world needs more energy, and most of it should be renewable. Statkraft makes a significant contribution to the common good through taxes and dividends. This is a social contract. The ownership structure means that from time to time we will consider equity injections to ensure that companies can implement investments at home and abroad. The Government undertook a very thorough assessment and concluded that an equity injection of NOK 10 billion was appropriate, half in the form of a direct transfer and half through reduced dividends. We believe this will enable Statkraft to fulfil its strategic ambitions."

The Minister also makes it clear that there will be investments in the domestic market.

"The wind power projects in central Norway, Fosen and Snillfjord, are important. The Government wants Statkraft to clearly highlight the added value it is creating in Norway."

"How important is Statkraft?"

"Statkraft is very important, for Norway – and the world. Statkraft has succeeded at home and abroad, including during some challenging years. If the company's board and management take the right decisions, Statkraft can grow even bigger internationally. I am confident that management has the focus and flexibility to achieve this."

Conservative Party politician Monica Mæland served 10 years as head of Bergen's City Government and is one of Prime Minister Erna Solberg's closest associates. Western Norway is generally well represented in Norway's conservative coalition of the Conservative and Progress parties. Industrial policy is more central than ever.

Monica Mæland is driven by an ambition that Norway must be competitive in the international market and must perform in areas where it can be a world leader.

Incentives for restructuring are essential, either to create new industries or to innovate within the oil and gas industry, which has created vast wealth for Norway for decades.

"In political debates there are many who compare Statoil and Statkraft. Does it have to be a case of either–or?"

"No; on the contrary, we need both. The world needs both fossil fuels and renewable energy. Even if the EU meets its climate targets, the fact remains that Norway has climate-friendly gas. That is an attractive commodity."

The Minister sees Statoil and Statkraft as two heavyweights who can live side by side – without any pressure for changes in ownership structure. The Government stands firm on its policy of 100 per cent ownership of Statkraft.

"Statkraft manages the family silver. You do this on behalf of the common good, and there is a clear majority amongst political parties in Norway to retain the level of state ownership as it is," says Mæland.

There is however some political reaction in Norway to the Government's recent white paper on state ownership. A grassroots campaign called "Nei til salg av Norge" [No to selling Norway] has been launched, but Mæland stands firm.

"After all, I'm from Bergen! I'm used to people getting involved! The campaign is based on emotion, not facts. There's nothing wrong with having strong feelings about the state's role in business, but as Minister I need to look at this rationally."

"Many demanding issues are arising in several international Norwegian companies, and there is considerable economic and political risk investing in emerging markets. What do you focus on as owner?"

On the road to Turkey

How does the Minister get behind the documents and under the surface of the businesses she has responsibility for? She is accustomed to taking in large amounts of information that she must analyse and understand, but getting out in the field and seeing the companies where they actually operate is just as valuable.

Some time ago, she travelled with Jotun to Myanmar, where Norwegian businesses are just getting established. She also visited a fish vaccination programme in Ho Chi Minh in southern Vietnam, a measure that will save fish farming in that country.

"Norway is a small country, but you wouldn't believe what we have accomplished. It makes me proud. My very first trip as Minister was with Statkraft in fact, during the state visit to Turkey in 2013. It was great to see how warmly Statkraft is welcomed as an industrial actor abroad, and how important a role Norway can play in the development of renewable energy in Turkey and other countries in the world." 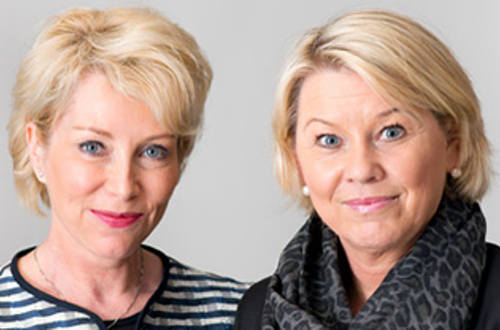 This "Powertalk" interview with Monica Mæland, Norway's Minister of Trade and Industry, was made by Bente E. Engesland, head of Corporate Communication in Statkraft. (Photos: Morten Brun)