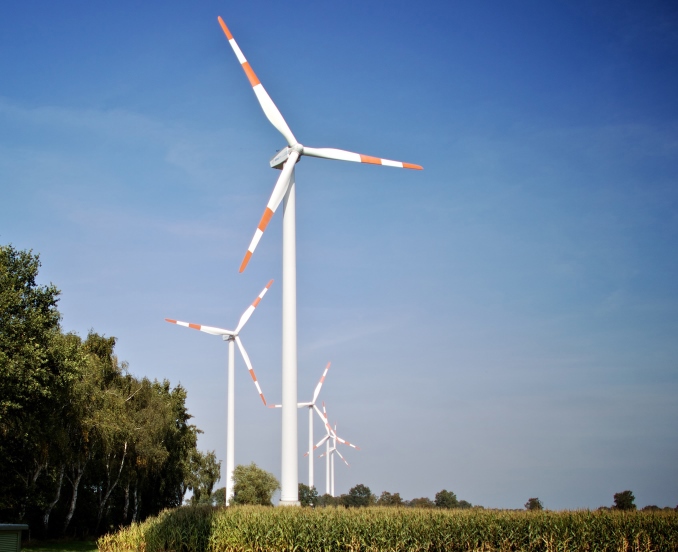 The Bassum wind farm is one of the wind farms from which Statkraft will supply renewable electricity to Mercedes-Benz.

In September, Statkraft announced that it would purchase electricity from six citizen wind farms in Lower Saxony, Germany over a period of three to five years after the EEG funding expired. From 2021 the power will exclusively be used by Mercedes-Benz to for example supply the production site for the EQC electric car in Bremen.

Mercedes-Benz Cars is the first major industrial company to source electricity from German wind farms, whose subsidies as per the Renewable Energy Act (EEG) expire after 2020. In doing so, Mercedes-Benz Cars ensures the economical operation of existing windmills, which can continue to contribute to achieving the climate goals in Germany as a result. The power purchase agreement is thus an important contribution to the German energy transition (German “Energiewende”).

"This agreement underlines our leading position in Europe in the direct supply of industrial customers with power from non-subsidised renewable assets. Operation without subsidies is often possible when market-oriented action, targeted marketing and efficient plant operations come together," says Dr. Carsten Poppinga, Managing Director of Statkraft in Germany.

"The cooperation with innovative companies such as Daimler, Enovos and wind power pioneers like the community-owned wind farms allows us to advance the market integration of renewable energies in Germany and Europe," he adds.

Ensuring continued operation and an important step towards CO2-neutral production

Statkraft together with Mercedes-Benz Cars is taking the first step on the road to realising a CO2-neutral energy supply of the German plants. In the contract concluded between Mercedes and Statkraft, the power supplied by the wind farms is integrated into the existing supply contract by Enovos Energie Deutschland GmbH. Enovos primarily ensures the accounting, the grid use and the integration of the green power supply into the energy portfolio of the Mercedes-Benz plants.

"At Mercedes-Benz Cars Operations, we are pursuing the strategy digital, flexible and green in our global production organisation. This also includes that we will supply all our German plants with CO2-neutral energy by 2022. As the first industrial company in Germany, we are using electricity from six wind farms and thereby ensure their continued operation already today. In doing so, we are taking an important step in realising our CO2-neutral production operations and are underscoring our social responsibility," says Markus Schäfer, Member of the Divisional Board of Management Mercedes-Benz Cars, Production and Supply Chain.

The renewable power will be used to supply the Mercedes-Benz plant in Bremen as well as to the German battery production locations such as Kamenz and Stuttgart-Untertürkheim, for example.

After the agreement comes into effect, the green power produced in the wind farm will be fed into the grid and simultaneously drawn from the grid by the Mercedes-Benz plants. The electricity production is staggered in accordance with the different ends of the EEG subsidy for the individual installations. The plan calls for 33.1 million kilowatt hours (kWh) in 2021. In the years 2022 to 2024, it is expected to have 74 million kWh and for 2025, the agreement provides for a delivery of 21.8 million kWh.

Statkraft is Europe's largest producer of renewable energy and an important player in energy trading. As the leading PPA provider (Power Purchase Agreement), the group brings together electricity producers and companies from trade and industry throughout Europe and develops new concepts that offer added value for both sides. In Germany, Statkraft is the market leader in managing renewable assets on behalf of third parties with a total portfolio of 10,000 MW.

The six wind farms with 31 turbines are located within a radius of about 25 kilometres from Hanover, the capital of the German State of Lower Saxony, as well as in Bassum, 30 kilometres south of Bremen. The plants generate about 74 GWh a year and have an installed capacity of 46 MW. Commissioned between 1999 and 2001, their subsidies through the Renewable Energy Act will run out after 20 years.

Thus far, the EEG guaranteed the wind farm operators a fixed subsidised rate for the electricity. From 1 January 2021, the EEG subsidy will run out for about 6000 German wind power plants. In total, this corresponds to an installed capacity of 4.5 GW, enough to power about 2.1 million households. Starting in 2022, further plants will drop from the EEG remuneration each year. Based on today's data, this could affect about 1600 wind power plants annually with a total installed capacity of about 2.5 gigawatts between 2022 and 2026.