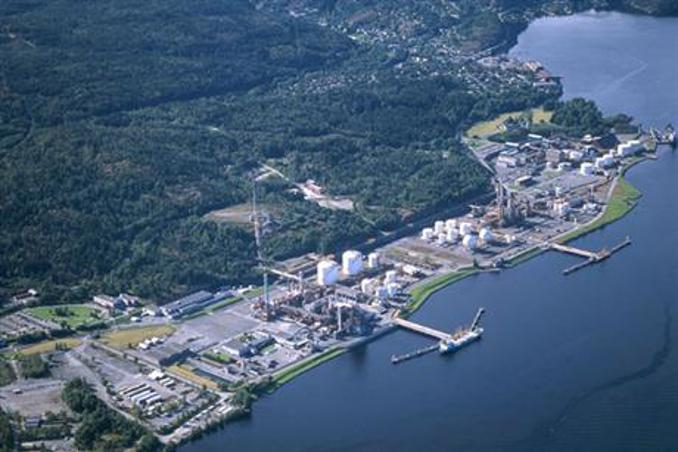 (Oslo, 4 May 2011) – Statkraft has entered into a new long-term power agreement with petrochemical company INEOS ChlorVinyls.

Today Statkraft signed a new long-term power agreement with petrochemical company INEOS ChlorVinyls in Grenland, Telemark. The agreement comprises a total volume of 10.5 TWh over the next 12 years, starting on May 15, 2011.

"We are very pleased to have reached this agreement with Statkraft. The agreement will be key to our ongoing competitiveness and gives us a sound and predictable basis for the future development of our business”, says Nils Eirik Stamland, Site Manager for Ineos ChlorVinyls operations across Grenland.

”The power-intensive industry is an important customer to Statkraft, and the increasing number of new long-term agreements shows that we are able to fulfil our ambitions,” says President and CEO Christian Rynning-Tønnesen of Statkraft.

Statkraft is a main energy supplier to the industry, and delivers a volume of more than 20 TWh annually to the Norwegian and Nordic power-intensive industry. These deliveries currently comprise about one third of the Statkraft Group’s total energy generation.

About Statkraft:
Statkraft is Europe's leader in renewable energy. The Group develops and produces hydropower, wind power, gas power and district heating, and is a major player on the European energy exchanges. Statkraft has 3,300 staff in more than 20 countries.

About INEOS ChlorVinyls:
INEOS ChlorVinyls is one of the major chlor-alkali producers in Europe, a global leader in chlorine derivatives and Europe's largest PVC manufacturer. The Company operates strategically located sites in the UK, Norway, Sweden and Germany.

INEOS ChlorVinyls operates two production sites in the Grenland region of Telemark, Norway. Its PVC plant is located on the Heroya industrial site in Porsgrunn, whilst its chlorine and VCM plants are located at Rafnes, Bamble. INEOS ChlorVinyls is the only PVC producer in Norway. The Company employs about 350 people in Norway, and approximately 2,000 in the rest of Europe.