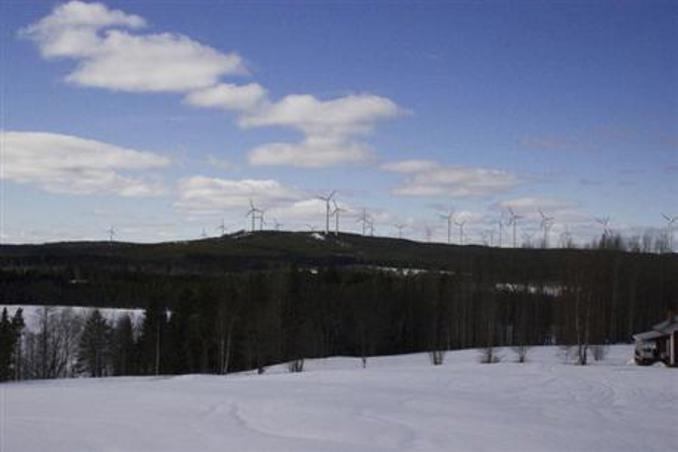 (Oslo/Stockholm, 18 August 2011) Statkraft has decided to build Stamåsen 1 wind farm in Sweden. This means that from September, Statkraft will have two large wind farms under construction in Central Sweden, strengthening its position as the largest player in renewable energy in Europe. The wind farm will be established in cooperation with SCA and will be completed with a capacity of 60 MW next year.

Stamåsen 1 wind farm will consist of 26 wind turbines, each with a capacity of 2.3 MW. The plant is expected to generate around 200 GWh annually. Construction starts in September, the turbines will be installed next summer and the wind farm will start production in the autumn of 2012. The total investment for the project is around NOK 850 million (EUR 108 million).

"Wind power is an important environmentally friendly contribution in the transition to a future low-carbon society. We are very happy to start the construction of another wind farm, and to strengthen growth in a strategic focus area," says Statkraft CEO Christian Rynning-Tønnesen.

Stamåsen wind farm has been planned in the municipalities Sollefteå and Strömsund in Jämtland and Västernorrland counties in Central Sweden. The license allows for a total installed capacity of 115 MW, but the limited capacity of the transmission grid in the region necessitates a development in stages. The initial construction stage, Stamåsen 1, will have a capacity of 60 MW. The wind farm is being built by Statkraft SCA Vind AB, owned 60-40 by Statkraft and Svenska Cellulosa Aktiebolaget SCA.

Stamåsen 1 is the second project in the company's portfolio that is being implemented, but will be the first to be completed. In August, construction started on Mörttjärnberget wind farm (85 MW) in Bräcke municipality in Jämtland County, southeast of Östersund in Central Sweden. The plant will start operation in 2013 and is expected to produce 280 GWh annually.

In parallel with the development in Sweden, Statkraft is building Statkraft Baillie Wind Farm in Caithness in northern Scotland. Statkraft owns 80 per cent of the wind farm, which will have 21 wind turbines and a total installed capacity of up to 52.5 MW. At the same time, Statkraft and Statoil have started construction of the Sheringham Shoal offshore wind farm off England. The wind farm will have a capacity of 317 MW. The first of a total of 88 wind turbines has been installed, and the wind farm has already delivered electricity to the UK grid. The offshore wind farm is expected to produce around 1100 GWh annually when starting full operation in the spring of 2012.

Statkraft already owns and operates three wind farms in Norway, one in Sweden and one in Wales. The company has a number of wind power projects under development in Norway, Sweden and the UK and has received a license to develop Europe's largest offshore wind farm on Doggerbank through the Forewind consortium.

Statkraft is a European leader within renewable energy.  The Group develops and produces hydropower, wind power, gas power and district heating, and is a major player on the European energy exchanges. Statkraft has more than 3300 employees in more than 20 countries.