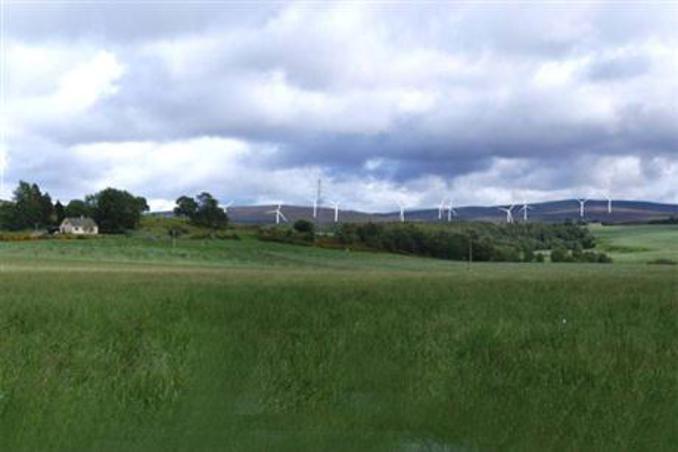 (Oslo/London, 11 December 201) Statkraft will construct Berry Burn Wind Farm. This project, near Inverness, will strengthen Statkraft’s position in the UK energy market and will contribute to Scotland’s ambitious objectives for growth in renewable power.

Work started this week on the construction of Berry Burn Wind Farm with the goal of being completed by early 2014.

“The news that construction has started on the Berry Burn Wind Farm is excellent for Moray and for Scotland as a whole. During construction, up to 50 jobs will be created for local people, and once the wind farm is operational a fund will be established to ensure the local community shares in the financial benefits it will bring”, says Fergus Ewing MSP, Scottish Minister for Energy, Enterprise & Tourism.

Berry Burn Wind Farm is situated in the north of Scotland approximately 30 km east of Inverness. The consent was issued in 2009. The wind farm will have an installed capacity of 66.7 MW and an annual power production of around 184 GWh. Enercon is the selected turbine supplier, and a total of 29 wind turbines will be erected, each with an output of 2.3 MW. Statkraft’s total investment during construction is expected to amount to approximately GBP 70 million.

“We are very pleased with the decision to invest in Berry Burn Wind Farm and for Statkraft to be able to continue to contribute to the realization of Scotland’s and the UK’s ambitious renewable energy objectives”, says Christian Rynning-Tønnesen, President & CEO of Statkraft.

Statkraft is Europe's leader in renewable energy. The group develops and generates hydropower, wind power, gas power and district heating, and is a major player on the European energy exchanges. Statkraft has 3 400 employees in more than 20 countries.

Statkraft owns and operates wind farms in Norway, Sweden and in the UK. The company has a number of wind power projects under development in all core markets, and in Scotland, Baillie Wind Farm is under construction with local partners, and a number of other onshore projects are under development.

In conjunction with Statoil, Statkraft recently opened the 317 MW Sheringham Shoal offshore wind farm off the Norfolk coast, and later announced that the two partners had acquired Dudgeon Offshore wind project, with the aim of bringing the project to Final Investment Decision.  Furthermore Statkraft has been granted a license to develop Europe’s largest offshore wind zone on Dogger Bank (9GW) as part of the Forewind Consortium.