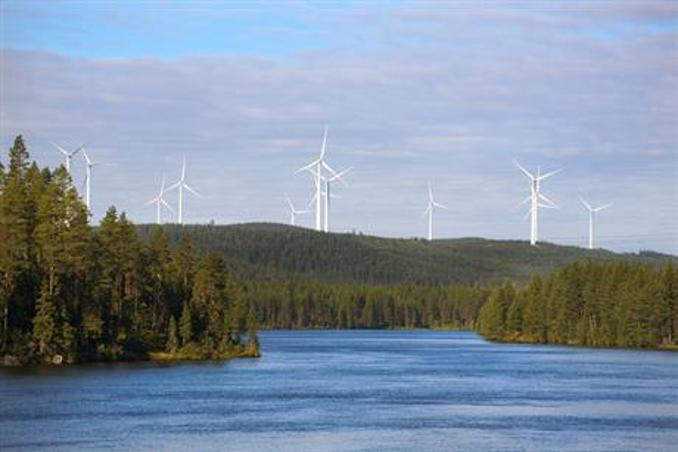 “We’re proud and happy that the Stamåsen wind farm is now in operation. Statkraft is Europe’s leading renewable energy company and we will continue to be so. Over the course of a few years we have decided on a total of SEK 8.8 billion wind energy investments in Sweden, This is an important part of our work to secure a sustainable future,” says Jakob Norström, managing director of SSVAB.

“As the largest private forest owner in Europe, SCA has excellent wind conditions in the forests of northern Sweden,” says Kenneth Eriksson, chair of SSVAB. “The partnership with Statkraft is the first major wind energy project SCA has entered into, and our goal is to produce more than five TWh wind energy from SCA-held land by 2020.”
Stamåsen is a part of an investment in several wind farms in western Norrland and Jämtland counties, and it is one of the largest wind energy investments in Sweden. An additional three wind farms are currently being constructed in western Norrland and Jämtland: Mörttjärnberget, Björkhöjden and Ögonfägnaden. In total, the project includes 186 wind turbines and when completed, the wind farms will contribute 1.6 TWh annually. The renewable energy from these farms, which could replace fossil fuels, will reduce carbon dioxide emissions by more than one million tonnes annually.

Further information is available at www.vindkraftnorr.se. Photos from Stamåsen and the official opening will be made available at this site for download and publication. If video is desired, please contact one of the contacts.

Statkraft is Europe’s largest generator of renewable energy and is Sweden’s fourth largest power producer.  The company owns, produces and develops hydropower, wind power, gas-fired power and district heating. Statkraft is a major player in European power trading and has 3600 employees in more than 20 countries.