Silva Green Fuel AS, a company owned by Statkraft (51%) and Södra (49%) will build a demonstration plant with the objective of producing advanced (second generation) biofuel from forest feedstock. The plant will be located in Tofte in the Norwegian municipality of Hurum. Expected investment costs are NOK 500 million.

The Danish-Canadian company Steeper Energy will deliver the technology. Construction will start in February next year and completion is scheduled for 2019. Enova will finance around 25 per cent.

"Advanced biofuels will be important for the transition from fossil to renewable energy consumption in the transport sector. As Europe's largest supplier of renewable energy, Statkraft is championing an industry development that will contribute to the green shift," said President and CEO Christian Rynning-Tønnesen.

The purpose of the demonstration plant is to test technology for continuous production of advanced (second generation) biofuel that may directly replace current fossil fuels, as well as testing various types of raw materials. Initially, the plant will use feedstock from the forestry industry, but all biodegradable material may potentially be used.

Södra and Statkraft formed the joint venture company Silva Green Fuel AS in 2015 to establish future commercial production of advanced biofuel based on forest raw materials. The capacity of a full-scale production line will be between 100 and 150 million litres of biofuel each year. Initially, the product is intended for heavy road transport. However, the aim is to qualify the biofuel for use in the aviation industry.

The market potential is considerable. If ten production lines were built in Norway and Sweden, they could produce up to 1.5 billion litres annually. This corresponds to 13 per cent of the fuel used for road transport in these markets.

Statkraft is a leading company within international hydropower and Europe's largest supplier of renewable energy. The Group produces hydropower, wind power, solar power and gas power and is a supplier of district heating. Statkraft is a significant global market player within energy trading, and has 3800 employees in 16 countries.

Södra was founded in 1938 and is the largest forest-owner association in Sweden, with a membership of more than 50,000 forest owners. We engage in modern and sustainable forestry operations and raw material processing industries. Through value-generating relationships and a long-term approach, Södra is paving the way for the next generation of forestry. 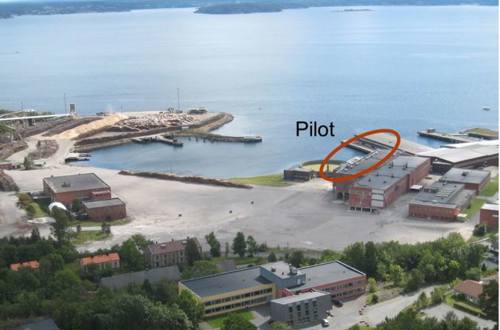