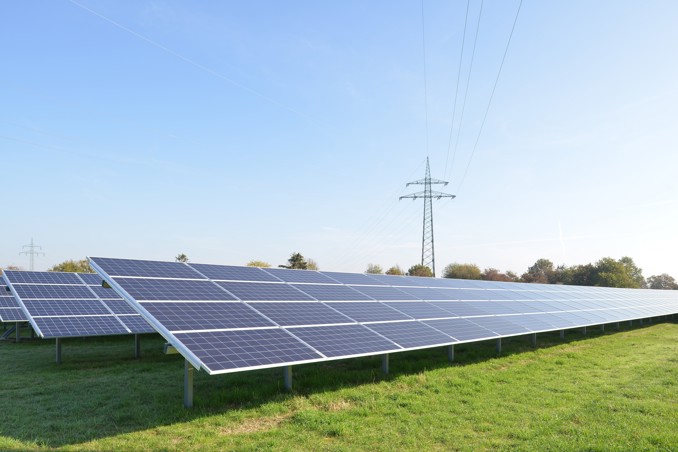 Statkraft, Europe's largest producer of renewable energy, today officially commissioned a solar park with an installed capacity of 750 kilowatts at the Dörverden hydropower site. The solar park can supply around 180 households with electricity.

"As Europe's largest producer of renewable energy, we are developing hydro, wind and solar power projects worldwide," explains Maik Thalmann, Head of Power Generation at Statkraft in Germany. "That's why it’s obvious to develope our own land and using it to generate climate-friendly electricity. The area next to the power plant was very suitable for a solar park due to its direct proximity to the power grid. The good support of the community of Dörverden and the district of Verden have also strengthened our decision".

"Statkraft is thus creating another outstanding showcase project for the pioneering power plant location in Dörverden," says Alexander von Seggern, Mayor of the municipality of Dörverden. "I am very pleased that, in addition to water, the sun will also be used as a natural resource for clean and environmentally friendly local power generation in the future".

The solar park in Dörverden consists of 2,460 solar collectors and covers an area of around one hectare. Depending on the weather conditions, the system will generate around 700,000 kWh of renewable electricity per year, enough to supply around 180 households.

At the Dörverden site, Statkraft operates a run-of-river power plant with an installed capacity of 4.5 megawatts, the annual production of which corresponds to the annual electricity requirements of around 6,000 households. In the spring of 2016, the company commissioned a multi-megawatt battery at the site that can supply three megawatts of primary control power and thus compensate for fluctuations in the electricity grid within seconds. The Dörverden location is thus contributing to the further expansion of renewable energies in Germany.