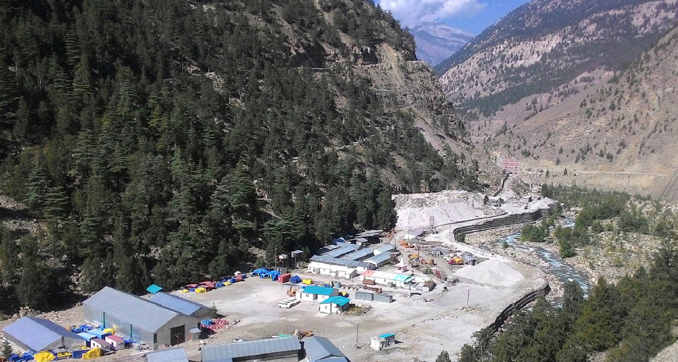 The Tidong hydropower project, in the state of Himachal Pradesh

Statkraft has acquired the 100 MW Tidong hydropower project in Himachal Pradesh, India. Approximately 60 per cent of the project works have been constructed so far.

The Tidong hydropower project is located on Tidong River, a tributary of Sutlej River, in the state of Himachal Pradesh (HP), in north-western India. The planned installed capacity is 100 MW, although there is a possibility for further expansion that will be evaluated. The acquisition is in line with Statkraft’s strategy to develop renewable energy generation, building on Statkraft’s more than 120 years of hydropower experience.

India’s electricity demand is among the fastest growing in the world. Total electricity consumption was 1,210 TWh in 2017, with a demand growth of 6.5 per cent per year.  Statkraft has extensive industrial experience from hydropower in India, with a 49 per cent shareholding in two hydropower assets in operation in Himachal Pradesh: Malana (108 MW/340 GWh) and Allain Duhangan (192 MW/800 GWh). Recently Statkraft has also gained experience in solar and direct sales to business customers.

“We are very pleased to announce this deal, which positions Statkraft well for further growth in India, a core market for Statkraft”, says Statkraft’s Executive Vice President Jürgen Tzschoppe.

In preparation of the construction phase, special attention has been given to health and safety measures. This is one of the major execution risks for projects in remote mountainous regions. The Tidong project management team, where most of the key resources have experience from recent Statkraft construction projects, is handpicked to manage this risk, and have strengthened the project organization with additional HSE expertise.

The transaction is an acquisition of 100 per cent of the shares in NSL Tidong Power Generation Private Limited.