Biofuels: Using the forest to fill the tank

The transportation sector accounts for around a third of the world's greenhouse gas emissions. Advanced biodiesel helps to reduce emissions, but there is a shortage of sustainable raw materials. Residual waste from forestry operations can be an important part of the solution. 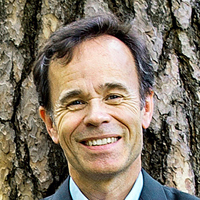 The electrification of society has accelerated; the number of electric vehicles on Norwegian roads has grown impressively. The first electric ferries have been launched, the first electric planes have taken off, and electric buses are a reality in several cities. So why do we need biofuels?

"We need more solutions to cut greenhouse gas emissions in the transport sector. Internal combustion engines will still need fuel for many years to come. While the major shift to renewable energy production is underway, we need liquid fuels that are more climate-friendly than currently," says Rune Gjessing, managing director of Silva Green Fuel, which is planning to produce second-generation biodiesel using residual waste from forestry operations. The company is jointly owned by the Swedish forestry cooperative Södra and Statkraft.

With biofuels in the tank, combustion engines still release CO2, but not fossil CO2.

"The core of the climate problem is adding new carbon to the atmosphere from oil, gas and coal. This is not the case for biofuels which, for example, are produced from residual material from the forest industry, because they are part of the natural lifecycle," says Gjessing.

Biofuels are blended with fossil fuels at a ratio set by the government authorities. In Norway, the total fuel market is around 9 000 million litres a year, of which about 4 300 litres are related to road transport. From 2020, 20 per cent of the fuel must be based on biofuels.

"The production of biofuels does not replace fossil fuels, but is one of several means of achieving our climate targets," says Gjessing and continues:

"The goal is to use four million cubic metres of residual material from forestry operations to produce approximately 600 million litres of biofuel. This can contribute to an emissions cut of around 1.5 million tonnes of CO2 per year, amounting to about seven per cent of Norway's national target for greenhouse gas reduction."

"Not a single tree will be cut in Norway solely to produce biofuels. It's all about using branches and brush, dead trees and residual materials that cannot be used for anything else."

"As long as forestry is sustainable, the forest is a renewable resource," says Gjessing, who has worked in forest management for more than 20 years. He points out that sustainable forestry operations of course include replanting after logging, but logging itself is also critical.

"If a forest owner does not cut down mature trees so that they can be processed at sawmills or pulp and paper mills, they will die and decay. In the decaying process the trees release methane and the CO2 they have accumulated in their lifetime – without society deriving any value from it."

"Lumber is the most valuable product from the forest, pulpwood goes to wood chips and cellulose, while the energy wood, which has a lower quality than pulpwood, is our raw material," says Gjessing.

He points out that it is important for the forest to be thinned so that growing conditions are optimal for the remaining trees. "In this way the forest is a renewable resource at several levels. Sweden and Finland have a better tradition for this than Norway, where we mostly carry out clear-cutting," says Gjessing.

The goal is to make use of everything from forestry operations.

Not a single tree will be cut in Norway solely to produce biofuels. It's all about using branches and brush, dead trees and residual materials that cannot be used for anything else.

At a former industrial site in Hurum Municipality in Viken County in Norway, Silva Green Fuel is establishing a demonstration plant that will test new technology to produce second-generation biofuels based on residual material from forestry operations.

"The goal is to produce biofuels primarily for heavy transport. In principle, all biodegradable material can be used in production," explains the company's manager Rune Gjessing.

The technology in the planned demonstration plant has been developed by the Danish-Canadian company Steeper Energy. The transformation process from organic material to biodiesel is unique, and has never been scaled up beyond the pilot stage.

"The technology is called hydrothermal liquefaction. The wood chips are ground down and mixed with water, and attain a porridge-like consistency. The 'porridge' is then exposed to high pressure and temperature and is converted into oil," Gjessing explains.

"In principle, we are recreating the process that has given us fossil oil. Through millions of years, everything from dinosaurs to old trees have been transformed into oil, because the organic matter has been exposed to high pressure over a long period. Our technology completes this process in 20 minutes. Then the oil must be refined so it can be blended with other fuel."

The first milestone is to build a demonstration plant for the production of biodiesel.

"We are still working on testing and developing the technology for upscaling. We are working with suppliers on the development and adjustment of pumps and systems that will not only work by themselves, but also in a process with other components," says Gjessing. He emphasises that this is a development project rather than a construction project.

"Creating something new has its ups and downs. We discover a problem and solve it, but then new challenges arise. Slowly but surely we are getting closer to starting to build the demonstration plant and hope to begin the testing programme towards the end of 2020."

There is little doubt that the product is in demand, and prices for second-generation biofuels have increased significantly in recent years. There is space for two production lines on the site in Tofte, the former location of a large cellulose plant. Further financial analyses are needed to determine whether there will be one or two lines in the plant.

"A full-scale production line at Tofte could help reduce Norwegian greenhouse gas emissions by about 250 000 tonnes a year," says Gjessing.

Positive ripple effects will include several green jobs. A full-scale plant could employ between 50 and 100 people. In addition, biofuel production could improve the profitability of forestry operations.

"Initially, we are looking at production in Norway and Sweden, but there are also major opportunities globally. The advantage of biofuel is that the infrastructure is already in place in the form of existing vehicles and distribution networks. This lowers the threshold for using the fuel, and the effect can come quickly," says Gjessing.

Along with electrification and hydrogen, second-generation biofuels can contribute to a faster green shift in the transportation sector.