Heavy water flow at Gressli dam in Tydal Municipality in Trøndelag County in 2011.

Hydropower: Safe energy in all weather

Record cold winters, dry summers and spring floods in the autumn. What does hydropower's flexibility mean in the age of extreme weather? The CEO of Statkraft explains.

In the renewable energy sector we live off the weather. Ideally we want the wind to blow when we want to produce wind power, and the sun to shine on the solar parks. But what happens when there is "too much" weather? Or too little to ensure a stable power supply? In this article, Statkraft's CEO Christian Rynning-Tønnesen explains why Norwegian hydropower is more valuable than ever.

A shorter version of this article was printed
in the Norwegian daily newspaper Nationen on 7 October 2018.

The past few years have demonstrated how the northern climate challenges the power system. In Norway last year we had several record rainfalls for most of the summer. This year we experienced an ice-cold winter, an unusually hot and dry summer, and an autumn with several periods of extreme rainfall.

Fortunately, hydropower is well adapted to the challenges of the changing Nordic climate, where large variations are normal. Inflows to Norwegian hydropower can vary by 60 TWh per year – from 160 TWh in wet years to 100 TWh in dry years. That's when reservoirs are good to have. Norway has many multi-year reservoirs with storage capacity for long, cold winters and periods of low precipitation. Statkraft alone has almost a quarter of Europe's reservoir capacity for hydropower.

Hydropower has qualities that no other renewable technologies have today. Since it can deliver power when needed, it is unmatched when there is no wind in the wind farms or no sun shining on the solar power plants in our neighbouring countries. Hydropower is safe, flexible and renewable.

The markets in the Nordic region and the rest of Europe are closely linked. Although Norway produces almost 100 per cent hydropower and wind power, we are connected to the European power market, where production consists of a mix from different sources. The share of wind and solar power is increasing rapidly in Europe, but a significant amount of power is still generated from nuclear, coal and gas.

To a large extent, electricity from coal and gas sets the price in the European power market, including Norway. This summer, higher gas and coal prices on the continent, increased CO2 emissions in the EU, high temperatures and minimal precipitation all led to price increases.

The challenge for a hydropower producer is to estimate the amount of precipitation and water coming in the next weeks, months and years, and to put those resources to optimal use. Everything depends on what happens in the future, and since we have a hydropower-based system in Norway, the weather is crucial.

Good utilisation of flexible hydropower resources involves limiting production when consumption is low or when there is ample power from other sources, and increasing it when the resource balance tightens. Thus, it makes economic sense for society for power producers to save water when prices are low and use it to produce when prices are high. This also avoids extremely high prices during tight periods.

For Statkraft it is important that flexibility is maintained in the power system. The need for flexibility will increase in all markets and double in northwest Europe by 2040. Hydropower plants with well-regulated reservoirs and high capacity will play an important role in covering the increased flexibility requirements.

Hydrological calculations show that regulated waterways contributed to reducing floods in southern Norway in October. In Jostedøla in Luster, Statkraft's intervention contributed to a forecasted fifty-year flood being reduced to a twenty-year flood. In Hardanger, Upper Telemark and Ulla-Førre, we held back about 70 per cent of the inflow in the reservoirs, thus preventing even greater destruction.

When the operating terms of many of the older hydropower plants in Norway are revised in the next few years, it is crucial that regulation capacity, flexibility and flood protection are given high priority in the overall evaluation.

In a future with more extreme weather, more wind power and increased power demands, it is important that we maintain the capacity and flexibility of our hydropower. 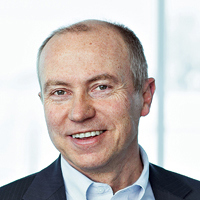 The ability to hold back water in reservoirs prevents flood damage worth NOK 400‒600 million in Norway annually, according to a report Multiconsult prepared for Energy Norway.

There are many examples of power companies lowering the water levels in reservoirs in advance of forecasted extreme rainfall and making room for huge volumes of rainwater. This means that regulated waterways usually perform far better under flood conditions than adjacent, unregulated areas.

The report from Multiconsult concludes that the flood reducing effect of regulated hydropower has a significant social value.