On February 7 Statkraft officially inaugurated Zonnepark Lange Runde in the Netherlands, together with the municipality of Emmen and the province of Drenthe.

“In less than half a year, we built a 14.1 MW state-of-the-art solar park. We are proud to contribute to the further development of renewable energies in The Netherlands,” explains Hallvard Granheim, Executive Vice President Market Operations & IT in Statkraft.

"It has been exciting to support the municipality of Emmen in realizing their vision and to power a green future for the province of Drenthe”, he adds.

The park consists of 118,200 solar panels and covers a 17 hectare plot of land leased from the municipality of Emmen. The municipality is one of the largest in terms of area and is located in a rural part in the North of The Netherlands.

In December 2015, the municipal council of Emmen drew up the structural vision' Emmen Zonneakkers', aimed at facilitating the development of sustainable energy production from solar parks”, elaborates Alderman René van der Weide from the municipality of Emmen.

“Zonnepark Lange Runde is the first concrete result of this structure vision and a testament to the good cooperation between all parties involved. I am proud that one of the largest solar parks in the north of the Netherlands is located in the municipality of Emmen."

Statkraft’s Dutch office is based in Amsterdam. It was established in 1998 as the first of several branch offices in Europe. Its main activities are focused on developing large scale solar parks in The Netherlands, together with global trading of renewable energy certificates and emission allowances. The team also supplies renewable energy across the EU and offers tailor made customer solutions to large companies in the Benelux. 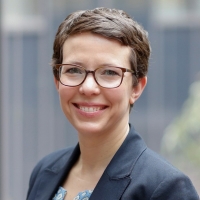