The picture was taken at Statkraft's trading room at the headquarter in Oslo, Norway.

Trading: Statkraft a major player in the power market

Statkraft is best known as a leading renewable energy producer and trader. Not everyone knows that the company is also a significant player in the European energy market.

Ola Kvennås is head of Statkraft's Nordic Trading department. The unit is located in the company's headquarters in Oslo and is part of the Market and IT business area.

From offices in Oslo, Dusseldorf, London and New York, Statkraft's traders are active at the major energy exchanges worldwide.

"We engage in what is known as proprietary or 'prop' trading. This means that we use Statkraft's own funds to act on behalf of the company. The goal is to make money for the owner, the Norwegian state," says Ola Kvennås.

He is head of Nordic Trading at Statkraft's headquarters at Lilleaker in Oslo. The department consists of nine people who together manage several tens of millions of euros.

"Put simply, we distribute the money between the traders at the beginning of the year. Then each of them trades in the market based on analyses, experience and assumptions about future trends. The individual traders have a lot of freedom in how they conduct their transactions, but they're all measured on results – every single day."

Statkraft is best known as a company that develops and produces renewable energy, so it is perhaps surprising that the company also makes money from financial energy trading. According to Kvennås, this is a logical consequence of the deregulation of the power market in the 1990s and of the new mandate Statkraft received when it was spun off as a separate company in 1992.

"Statkraft became an independent and commercial company. It's fully owned by the Norwegian state, but with a broad mandate. It was also decided that the company should have a marketing department and engage in power trading. In the beginning we traded primarily with our own hydropower. When was it profitable to store water? And when did it pay to produce power? The goal, of course, was to earn the highest possible return on the regulated hydropower."

Before 1992, there was no real market for power. The power companies sold some surplus power between them, but there was no cross-border trade. As power markets were deregulated in country after country, it became possible to buy and sell power in an open market. At that time, Statkraft was in a unique position.

"Statkraft has so much stored water that we can regulate power production up and down by many thousands of megawatts. They don't have that opportunity in continental Europe. So we can sell our electricity when the power prices are high and earn the best possible profits for our owner. In order to do that we had to develop our knowledge of the wider power market by understanding the forces that drive it. And with that knowledge, it's logical not only to sell your own power, but to become a more active market player. That's what we've done."

Kvennås believes deregulation of the market was a very important step that has given most people in Europe cheaper power.

"A functioning market is about redistributing resources at the lowest possible cost. It's not the case that retaining hydropower leads to the cheapest power. Hydropower is an extremely valuable resource, and it's our job to manage it in the best possible way," he says.

"This benefits both the state and the individual. A strictly regulated market, as we had before, would result in higher electricity prices and lower revenues for the state."

Facts about trading in Statkraft

For an outsider, trading may seem like gambling, but Kvennås rejects that it has anything to do with gambling or chance.

"We act on the basis of thorough analyses, experience and knowledge, but of course there's an element of risk. We make qualified guesses, but we can make mistakes in our assumptions, or unforeseen events can dramatically affect the power market. The market for renewable energy is directly affected by weather and wind, rainfall and temperature. We know quite a bit about normal seasonal variations, but who could predict a tsunami like the one that hit Japan in 2011 or a mild winter like the one we're having right now? We take risks, but we don't gamble."

Statkraft's power trading is strictly controlled by laws and regulations, and restrictions are also imposed on the traders designed to keep their risk appetite in check.

"In general, those who do very well are given the opportunity to take greater risk, while those who do less well or lose money must reduce their risk," says Kvennås. Within this framework, however, traders have a lot of freedom in how they manage their portfolios and position themselves in the market.

­"Some take a more long-term perspective and have a higher tolerance for portfolio fluctuations. Some traders can sit with large positions without trading as often. Others take more risk during the day and reduce risk overnight. The traders also have different focus areas and have the opportunity to trade in energy markets other than the Nordic power market. How to approach the markets is very personal and everyone has to find their own methods for making money. It's important that you find a method that you believe in and that also allows you to sleep soundly at night."

There is no question that having a job where you manage large sums of money can be challenging, where you have to watch the value of the investments fluctuate from hour to hour and where you are measured on results every single day.

"It can be stressful, but also very stimulating. That's why we're also concerned about taking care of each other. There's a good sense of community, and we often discuss things together, so no one is left to fend for themselves. At the same time, we're concerned that those who work here also have a life outside of work. Family, friends and hobbies are important to help you tackle the pressure. You can't just sit in the trading room around the clock. Then you won't last long in the job," says Kvennås.

The market for renewable energy is affected by weather and climate, and although the world is facing extensive electrification, both short-term variations and long-term changes have a big impact on power prices.

"2019 was a fantastic year for Statkraft, but now in March 2020 there are greater challenges. We have full reservoirs before the spring floods and melting snow, and have to sell power cheaply due to a mild winter. This makes it more difficult for the company to make money."

"However, for the trading department, price fluctuations are more important than whether the price is high or low. If we do the correct analyses and assessments, we can contribute to revenues even in periods of low power prices. As a company, we must also consider the likelihood of more sustained climate changes. In addition, an incredible amount of wind power is being built, which can contribute to both low electricity prices and power surpluses in the future," says Kvennås.

"Personally, I'd like to see Google, Facebook or others come with their power-intensive data centres to the Nordic power market. That would be positive for them and us!" 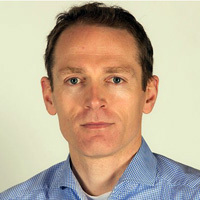 Digitalisation affects all parts of working life, including the power market.

Knowledge is crucial to executing a good trade in any market. Statkraft uses artificial intelligence and machine learning to be able to trade quickly in the energy market.