Renewable sources accounted for 43 per cent of the electricity produced in Spain in 2020. This is the highest share of renewable electricity since measurements began, but short of the Spanish government’s target of a renewable share of 74 per cent by 2030. 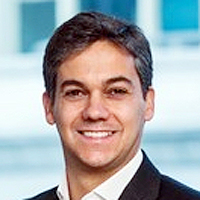 Tiago Thomaz manages the Statkraft department Origination Iberia and works from the company’s Madrid office. The unit is part of the business area Market and IT. 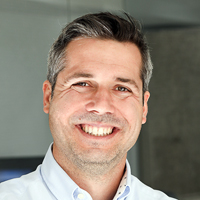 José Miguel Ferrer is Statkraft’s country manager for Iberia and works from the company’s Valencia office. The unit is part of the business area European Wind and Solar.

Spain currently ranks second in Europe for installed wind power capacity, and fifth globally. In 2020 the Spanish government submitted its national energy and climate plan (NECP) to the EU, setting out Spain’s ambitious climate targets for 2030.

“Spain has very ambitious targets for the transition to green energy, especially by increasing its production of solar and wind power,” says Tiago Thomaz, who manages Statkraft’s department Origination Iberia, which is located in Madrid.

“There are applications totalling 150 GW from solar and wind power projects, seeking to be connected to the network, and many projects are in line to submit applications. The Spanish authorities are also seeking to increase energy storage capacity, but this work will likely only gather speed after 2025,” Thomaz explains.

The Spanish government has launched a dedicated strategy for energy storage, aiming to increase the current capacity of 8.3 GW to 20 GW in 2030 and 30 GW in 2050. To achieve this, the government is facilitating new projects, promoting the development of green hydrogen, and doing research on and building new businesses based on green technology.

Spain is also planning new electricity exchange cables with Portugal and France. It is the EU’s goal that at least 10 per cent of the electricity generated in a power station in any EU country will be transported to a neighbouring country. 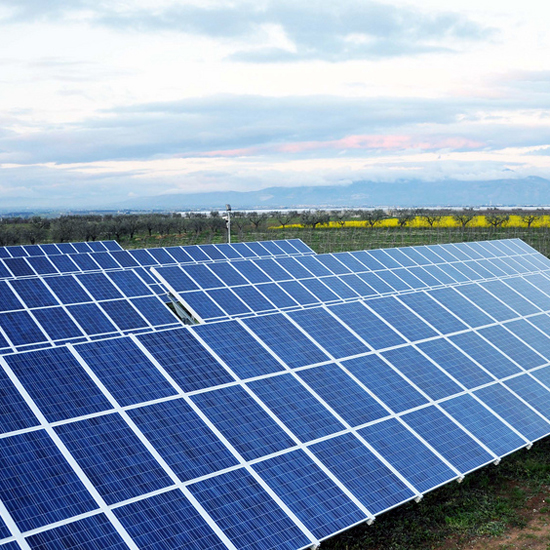 The targets in the Spanish national energy and climate plan (NECP) 2021–2030 are:

The Serra de Tallat wind farm in the province of Leida in Catalonia.

Spain is second only to France in the EU in terms of area. In addition to occupying most of the Iberian Peninsula, Spain also includes the Canary islands archipelago in the Atlantic ocean, the Balearic islands in the Mediterranean and the enclaves Ceuta and Melilla in North Africa.

As part of the Spanish government’s new economic scheme for renewable energy (Régimen Económico de Energías Renovables – REER), the authorities have launched a number of incentives to accelerate the green shift in Spain. One of these is to hold auctions for solar and wind power capacity. The first of these auctions was held on 26 January 2021.

“These auctions are intended to support the development of solar and wind power, which will be important for reaching Spain’s climate targets by 2030,” says Tiago Thomaz.

There are other incentives targeting the demand side, including energy-intensive industry, by stimulating greater use of renewable energy sources.

“One example is the incentive mechanism through which consumers can enter into long-term power-purchase agreements (PPA) with companies that deliver renewable energy,” he explains.

The Spanish government has also set up a fund offering credit to small and medium-sized companies that have difficulties obtaining loans from banks.

In addition, up to EUR 800 million will be invested in the next two years to stimulate the sale of electric cars. Although there are 25 million cars in Spain, under one million are electric. The government estimates that the number of electric cars will reach five million by 2030.

“The climate for renewable energy in Spain is very favourable at the moment. The various governmental measures will help the country move towards a greener energy market more quickly,” says Thomaz.

Since entering the Iberian market in 2018, Statkraft has become an active player in developing renewable energy in Spain and Portugal.

Tiago Thomaz opened Statkraft’s offices in Madrid in 2019. In 2021, José Miguel Ferrer was appointed new country manager for Statkraft Iberia, where he works from the Valencia office.

“As new Country Manager I am pleased to be able to play a role in this important process Spain is involved in, making the shift to a sustainable energy model,” Ferrer says.

Statkraft has ambitious plans to develop land-based wind power and solar energy in the region.

“Statkraft is Europe’s largest producer of renewable energy. With 125 years’ experience, we are determined to play a decisive role in achieving the goals set out in the national integrated energy and climate plan,” Ferrer says.

Statkraft bought the company Solarcentury, a world leader in the development, construction, and operation of large solar power plants, in 2020. Statkraft has more than 60 employees at its Madrid and Valencia offices in Spain.

In May 2021 the company announced that it will invest EUR 200 million in the development of four new solar farms in the Cadiz region. The total capacity of these sites will be 234 MWp.

Statkraft also has a key role in securing the required funding for renewable power projects.

“In 2018 we signed our first power purchase agreement with the German company BayWa r.e., which develops solar energy projects. This first project, the solar energy project Don Rodrigo, is near Seville and is Europe’s largest non-subsidised large-scale solar power project. We have signed other PPAs with other development companies. These agreements include opportunities for non-subsidised development of renewable solar energy,” says Tiago Thomaz. 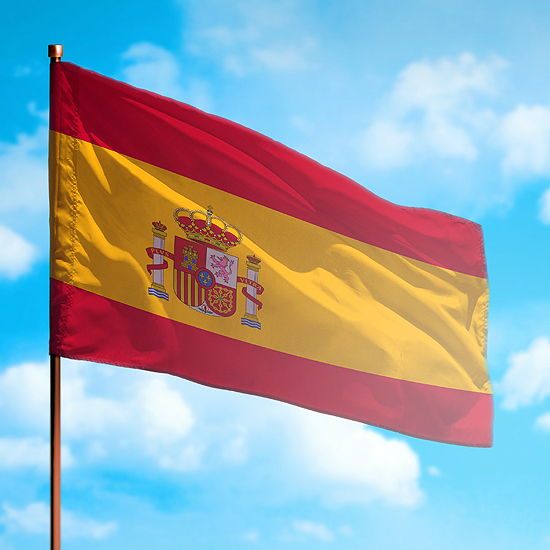