Europe 2021 – The future of the European energy transition

Christian Rynning-Tønnesen, CEO of Statkraft, was realistic and optimistic at the same time during a panel discussion on the energy transition in Europe at “Europe 2021”. He is convinced that Europe can reach its climate targets until 2030.

On 4 February 2021, Statkraft CEO Christian Rynning-Tønnesen took part in a panel discussion on “The Future of the European Energy Transition” at the Europe 2021 event in Germany. The other panellists included Kristina Haverkamp, Managing Director of dena, Dr Brigitte Knopf, Secretary General of the Mercator Research Institute on Global Commons and Climate Change and Andreas Schierenbeck, CEO of Uniper.

We are in the midst of a tremendous change. The scale is comparable with the transition from the typewriter to the computer. We are passing from a world predominantly characterised by fossil fuels to an energy system consisting mainly of renewable energies. It is quite possible that by 2050, renewable energies will make up 80 % of the total power supply – 66 % of it from wind and solar alone. 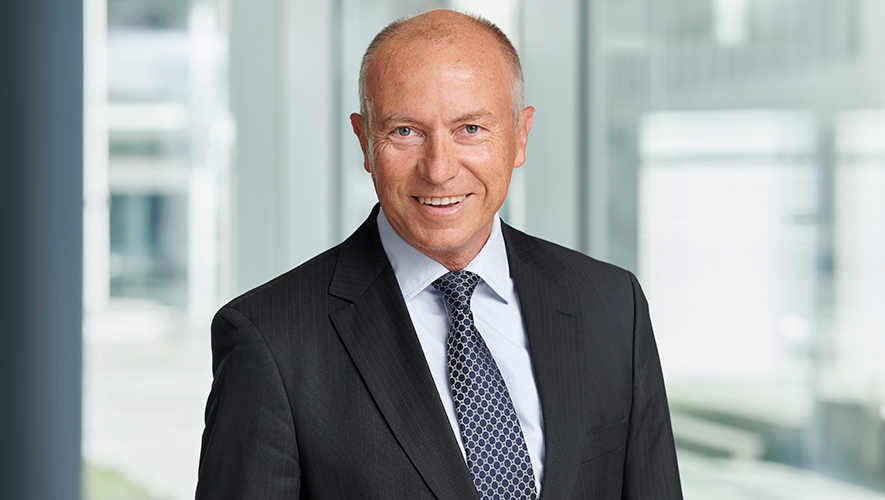 Statkraft's CEO Christian Rynning-Tønnesen about the future of the European energy transition.

Statkraft is taking a look into the future in the Low Emissions Scenario; on what the world might look like in 2050 if the rapid development of renewable technologies continues.

The global energy sector will grow to three times its current size by 2050 - and it will be possible to cover all this and even more by renewable energies. As such, by 2035, solar energy will be the largest energy source worldwide.

Renewables overtook fossil fuels in the EU electricity mix for the first time in 2020. This trend is set to continue over the next few years. The demand for coal will peak before 2025 with the demand for oil following five to seven years later. The demand for natural gas will have reached its peak in 2050.

Climate change and the pandemic

Renewable energies have proven themselves to be very resilient during the coronavirus pandemic. Unlike the global economy, which has been severely damaged by the pandemic, renewable energies have continued to grow. In fact, 2020 was a record-breaking year. More than 130 GW of additional solar and 70 GW of wind power (onshore and offshore) was produced worldwide.

By way of comparison: The total installed power generation capacity in Germany is around 222 GW across all energy sources. The net expansion of renewable power capacity in 2020 was almost 4 % higher than in the previous year. This means that the pace of the global energy transition even increased in 2020 – despite the global economic crisis.

The commitments made by politicians last year are further bolstering renewable energies. The EU’s 750-billion-euro green stimulus package, “Next Generation EU”, places the “Green Deal” and green investments at its core. Around 37 % of the stimulus package is to be invested in the goals of the Green Deal, including the “lighthouse projects”: hydrogen, green building and one million electric charging points. Germany’s coronavirus stimulus package also provides 9 billion euro for hydrogen and 8 billion euro for the further expansion of electromobility.

By the start of 2021, countries representing more than 65 % of global carbon dioxide emissions and more than 70 % of the global economy, had set some ambitious targets:

Germany’s last nuclear power plant will be decommissioned in 2022 and coal-fired power plants will be shut down by 2038 at the latest. The increasing proportion of renewable energies demands greater flexibility from the energy system. However, there are not yet sufficient storage solutions in place and hydropower has not been made adequately flexible in Germany to compensate for this. In the transition phase, flexible gas-fired power plants add needed flexibility and facilitate the transformation towards an energy system based 100 % on renewable energy.

We are on the right path and Statkraft is part of this transition. We are driving forward the expansion of renewable energies. We have been developing, building and operating solar-, wind- and hydropower plants for 125 years. With our hydropower fleet and our in-depth market knowledge we can provide the necessary flexibility to the power system.

Statkraft is ready and well positioned for capturing values in the new energy landscape. 100% of our investments go into renewables.