The use of green ammonia as a fuel can contribute to significant cuts in climate emissions from long-distance shipping.

Everyone is talking about hydrogen, but did you know that ammonia is just as good as an energy carrier and fuel? Conversion from fossil fuels to green ammonia can sharply cut emissions from shipping and industry. 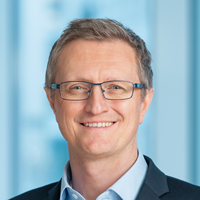 In February 2021, Statkraft signed a letter of intent with Yara International and Aker Horizons to start production of green hydrogen and green ammonia at Yara's plant at Herøya in Porsgrunn.

The partners describe the investment as one of the largest climate initiatives in Norwegian industrial history. The initiative will also contribute to developing a new industry, accelerating the green transition, creating new jobs and giving Norway a competitive advantage in the rapidly growing hydrogen economy.

"The background for the collaboration is a shared wish to establish a new, Norwegian industry and at the same time contribute to reducing climate change," says Ulf Eriksen, vice president of the Hydrogen unit in Statkraft.

"Like many others, Statkraft believes that it's not possible to solve climate challenges without using hydrogen. The world needs a carbon-free energy carrier that can replace oil or gas as fuel or in industrial combustion processes that require high temperatures. Both shipping and certain areas of industry have challenges with greenhouse gas emissions that can only be solved with hydrogen – either in pure form or bound in ammonia."

Today, hydrogen is used to produce ammonia for fertilizer, as Yara does in Porsgrunn, or is used to refine oil. Hydrogen is often produced locally, where it is to be used. Some hydrogen is also used for transport, but the volume is currently small. This may now change.

In recent years, Hydrogen has received a lot of attention as an energy carrier and as a potential fuel in ships and vehicles.

Hydrogen itself is a colourless gas, so when you hear about grey, blue and green hydrogen, this refers to how it is produced. Today, almost all commercially available hydrogen is grey hydrogen, which is produced from natural gas.

"This is the most affordable way to produce hydrogen, but the residual product is CO2, so it is neither sustainable nor climate-friendly," says Eriksen.

"If you can combine hydrogen production with capture and storage of CO2, you get blue hydrogen. This technology is currently very expensive and requires large-scale projects. So the first blue projects are probably at least five to ten years away."

Eriksen believes that green hydrogen, which is produced through electrolysis using renewable energy, will be the most important and cheapest way to produce environmentally friendly hydrogen in the future.

In its Low Emissions Scenario report, Statkraft estimates that the costs of producing solar power will be halved by 2050. For wind power, a cost cut of 40-45 per cent is expected.

Green hydrogen is to be produced at Herøya, but instead of using the hydrogen directly, the plan is to convert it into ammonia (NH3). What is the purpose of this?

"First, it can replace the grey ammonia in today's fertilizer production. Yara's factory in Herøya emits 800,000 tonnes of CO2 annually, which is as much as 300,000 fossil-fuelled passenger cars. Using green ammonia for fertilizer is therefore a very good climate measure and an important contribution to the climate cuts that Norway must make by 2030."

Ammonia, which consists of three hydrogen atoms and one nitrogen atom, can, like pure hydrogen, be used both for energy storage and as fuel in fuel cells. As a fuel, ammonia is particularly suitable for long-haul shipping.

"Shipping accounts for about two per cent of the world's greenhouse gas emissions, and 80 per cent of these emissions come from long-haul ships. It has been proposed to use pure hydrogen as fuel in ships, but the challenge is that hydrogen has a relatively low energy density in gaseous form. If you want enough fuel for long-distance transport on ships, the hydrogen must be kept liquid, which requires cooling to minus 253 degrees Celsius," says Eriksen.

This is why ammonia is a better option.

"Ammonia becomes liquid already at minus 33 degrees Celsius, which makes it significantly easier to produce and transport as fuel. Ammonia also has a higher energy density in liquid form than hydrogen. In addition, the infrastructure for ammonia is already in place, and ammonia is cheaper to produce, store and transport. So it's difficult to see how liquid hydrogen could compete with ammonia for long-haul ships."

Ammonia, however, is not without drawbacks, since the substance is a toxic and corrosive gas with a pungent odour. The odour on the other hand has the advantage that a leak will be detected long before the concentration in the air is dangerous.

Hydrogen is not toxic, but it is explosive. In compressed form, the substance is a light gas that rises rapidly into the air, but in liquid form it is heavier and thus poses additional challenges related to safety. Combustion of hydrogen only results in water vapour, while ammonia emits nitrous gases (NOx).

"NOx is of course a challenge, but there are technical solutions that reduce the problem, including a catalyst made of ammonia. The most important advantage of using ammonia is that it's a practical and feasible opportunity to reduce greenhouse gas emissions from shipping," says Eriksen.

The market potential for green ammonia is enormous. If all of today's long-haul shipping is converted to use ammonia as fuel, it will consume about 500-600 million tonnes of ammonia per year. That is three to four times as much as today's global ammonia production.

Norway has a major opportunity to take a significant part of this market. Good access to clean and renewable energy, extensive and solid expertise in the production of hydrogen and ammonia, as well as existing plant facilities and infrastructure in Herøya, mean that everything is in place to get started quickly.

Yara, Statkraft and Aker Horizons believe that the plans can be realised over a period of five to seven years, assuming power is available in Herøya, and that the authorities give their support.

At present, it is more expensive to produce green hydrogen based on renewable electricity than grey hydrogen from natural gas. Ulf Eriksen believes this will change, so that green hydrogen and green ammonia will be competitive on price in the future:

"Large-scale production and increased availability of renewable energy will reduce the costs of producing green hydrogen. At the same time, increased prices for CO2 allowances will make all types of fossil fuels more expensive. Thus, the price of grey hydrogen will increase, while green hydrogen will become cheaper," he says.

How a fuel cell works 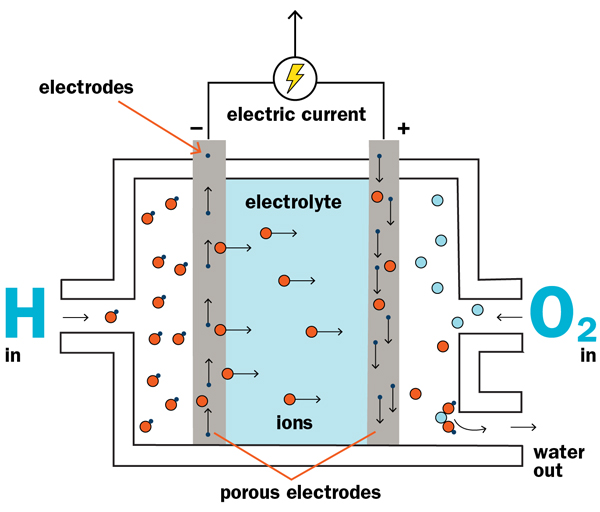