Statkraft has signed a Letter of Intent with Yara and Aker Horizons, aiming to establish Europe’s first large-scale green ammonia project in Norway, enable the hydrogen economy and accelerate the green energy transition.

The partners will target green hydrogen and green ammonia opportunities within shipping, agriculture and industrial applications, by electrifying Yara’s existing ammonia facility at Herøya in Porsgrunn, Norway. In addition, the three companies plan to explore the potential for green ammonia production in Northern Norway as a future opportunity.

The project at Herøya has potential to be one of the largest climate initiatives in Norwegian industrial history, forming the basis for a new green industry, accelerating the energy transition and creating jobs. Furthermore, the project can open up for emissions-free ammonia for other emissions-intensive industries, including production of green fertilizer for the agriculture industry and emissions-free shipping.

“Statkraft is Europe's largest producer of renewable energy. Norway's rich renewable energy resources are one of our most important competitive advantages. This project paves the way for new industrial development and can at the same time give Norway's important maritime sector a new competitive advantage, namely access to an efficient and emission-free energy source on a large scale,” says Statkraft CEO Christian Rynning-Tønnesen. 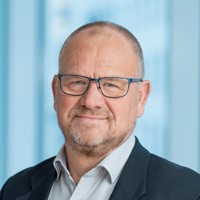