Statkraft, Europe’s largest generator of renewable energy, and Aquila Capital, the German real asset investment manager, have signed their first PPA in Spain for the “Albeniz” solar plant located in Andalusia on behalf of Aquila’s client.

This is a 5-year power purchase agreement starting in 2022 with an innovative price structure in which Aquila Capital will provide Statkraft with 100% green electricity at competitive price levels.

After the construction permit was issued on 03 December 2020, the construction works started in early January 2021. The “Albeniz” solar park is located in Almería, South Eastern Spain, and it will have a total installed capacity of 50MW.

Once it is connected to the grid, this plant will produce 103 GWh of solar energy per year of which Statkraft will offtake a majority of its electricity output. The power generated by this solar plant will save 32,960 tonnes of CO2 emissions annually.

“The power generated by the solar plant “Albeniz” will be used to supply our industrial and commercial customers in Iberia and in Europe more widely. In Statkraft, we are convinced that the private PPA market will continue to play a major role to respond to the customer specific demands of green energy buyers. Thus, we are fully committed to support our European customers and its supply chains transform to 100% renewable power and deliver on their sustainability targets,” says Simon Kornek, Vice President South European Origination.

Aquila Capital’s partnership with Statkraft in the Nordic countries has been ongoing for many years and it has resulted in important operations such as Aquila’s acquisition of Småkraft AS in 2015.

“Aquila Capital has a long-standing relationship with Statkraft in the Nordic countries, where we have worked together on several renewable projects. Entering into a PPA with Statkraft in Spain is a new milestone in our relationship and shows the importance of the Spanish renewable energy market for our businesses,” says Joakim Johnsen, Head of Aquila Capital's Merchant Market Desk.

“We are delighted to be able to strengthen our partnership with Aquila Capital outside of the Nordic countries. This new deal will allow us to continue expanding renewables in the Iberian market with the help of one of our most long-standing partners. Spain presents great opportunities when it comes to the development of renewable energy and we believe that the provision of PPAs such as this one is crucial to make sustainable energy more accessible for all sectors,” Simon Kornek affirms. 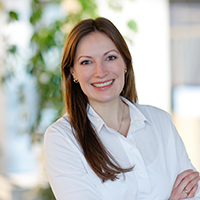