The lake looks tempting on hot summer days, but the water in the reservoir is icy cold.

Social responsibility: Safety on the timetable in Turkey 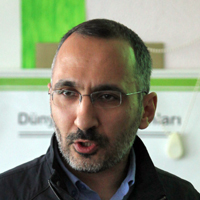 The landscape between the steep hillsides in the Corum province in Turkey has changed. Where the Kizilirmak River once snaked its way through the valley, there now lies a threesquare-kilometre reservoir, twinkling in the sunshine on hot summer days.

"Do any of you like to go swimming?" asks Bahadir Sezegen, looking around the classroom.

Sezegen works with Environmental and Social Management (E&S) at Statkraft Turkey. A few weeks after the Kargi hydropower plant started commercial operations in May 2015, he visited a class of third-graders at the Gemici elementary school in the small town of Osmancik.

Every year between 750 and 1,000 people in Turkey drown, many of them children. Drowning accidents happen at sea, in lakes, pools, rivers, canals – and in reservoirs.

The dam in Kargi is a relatively new phenomenon for the local population. Statkraft is therefore visiting local schools to warn of the dangers of swimming in the icy-cold water.

The teachers are welcoming, and offer strong tea and Turkish sweets. The classroom atmosphere is calm and orderly, but the pupils soon liven up once the visitor has got them going.

The E&S Coordinator from Statkraft Turkey reels off one question after the other. The pupils are encouraged to answer as loud as they can. And they are more than willing to oblige. On instructions from Sezegen, they call out and wave their arms about.

A few hands stretch into the air. A video clip appears on the wall, showing two boys on their way home from school. They decide to go swimming, or – to put it more accurately – one of them decides to push the other into the water. He drowns in a matter of seconds.

Sezegen asks again: "This could happen to you if you swim in the reservoir. Why do you think that is?"

A boy puts up his hand.

"Because the water is electric?"

Sezegen explains what can happen to their lungs if they fall into a lake where the water temperature is between 8 and 10 degrees. About erratic breathing, about hyperventilating, hypothermia and cramps. The children listen attentively, with grave expressions on their faces.

Then a few more videos are shown. They are professionally produced and resemble computer games. The ending of the story about the teenagers who decide to swim in the reservoir is no happier. The pulse and body temperature flash in neon colours."Game over" appears on the screen when the film ends. Some of the children laugh, others are more serious.

At that time in 2015, Statkraft had reached about 5,000 children with its safety message, told and explained in the classrooms with the help of videoes and brochures. The important communication work is an ongoing process. New children are growing up and must be warned that the area around the tempting lake can be a dangerous place to play.

The message is is just as important for adults, since many of them can't swim. Nevertheless, the children are the most important target group, according to head teacher Mahmut Karakas.

"Our primary concern is that the children are safe," says Karakas. "But talking to children is also a smart way of reaching other family members. More often than not, the children visit the area around the dam for picnics with their families, and we all know how open and honest children are. If you get an important message across to the children, you can be sure they will pass it on."

"Safety around the dam is a crucial message, and we are very pleased that Statkraft takes the time to do this," says Karakas.

For nine-year-old Dilik, the lesson in 2015 was a memorable experience. The films were exciting, and she was allowed to scream as loud as she could.

"He couldn't hear what we said when he asked us if it was dangerous, so we shouted as loud as we could! He asked us to shout even louder."

"Did you learn something new?"

"Yes, I learned that the dam is dangerous," says Dilik. "I already knew that the water is really cold, because I washed my hands there once. It was freezing. My father lives in Merzifon, outside Osmancik, but we have been to look at the dam. If we go there again, I will take extra care not to go down to the water. The hillside can be really soft by the water's edge, so you could fall in, and that's not good. I learned that, too."

"We are dependent on a dynamic and interactive form if we're going to get the message across to children," says Bahadir Sezegen. 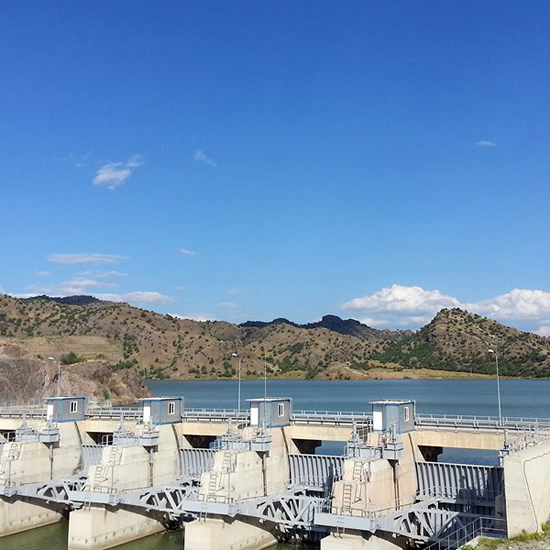 The Kargi hydropower plant is situated by the Kizilirmak River in northern Turkey. After a construction period lasting four years, the plant was commissioned in May 2015 and officially opened the following August.

"We all know how open and honest children are. If you get an important message across to the children, you can be sure they will pass it on."