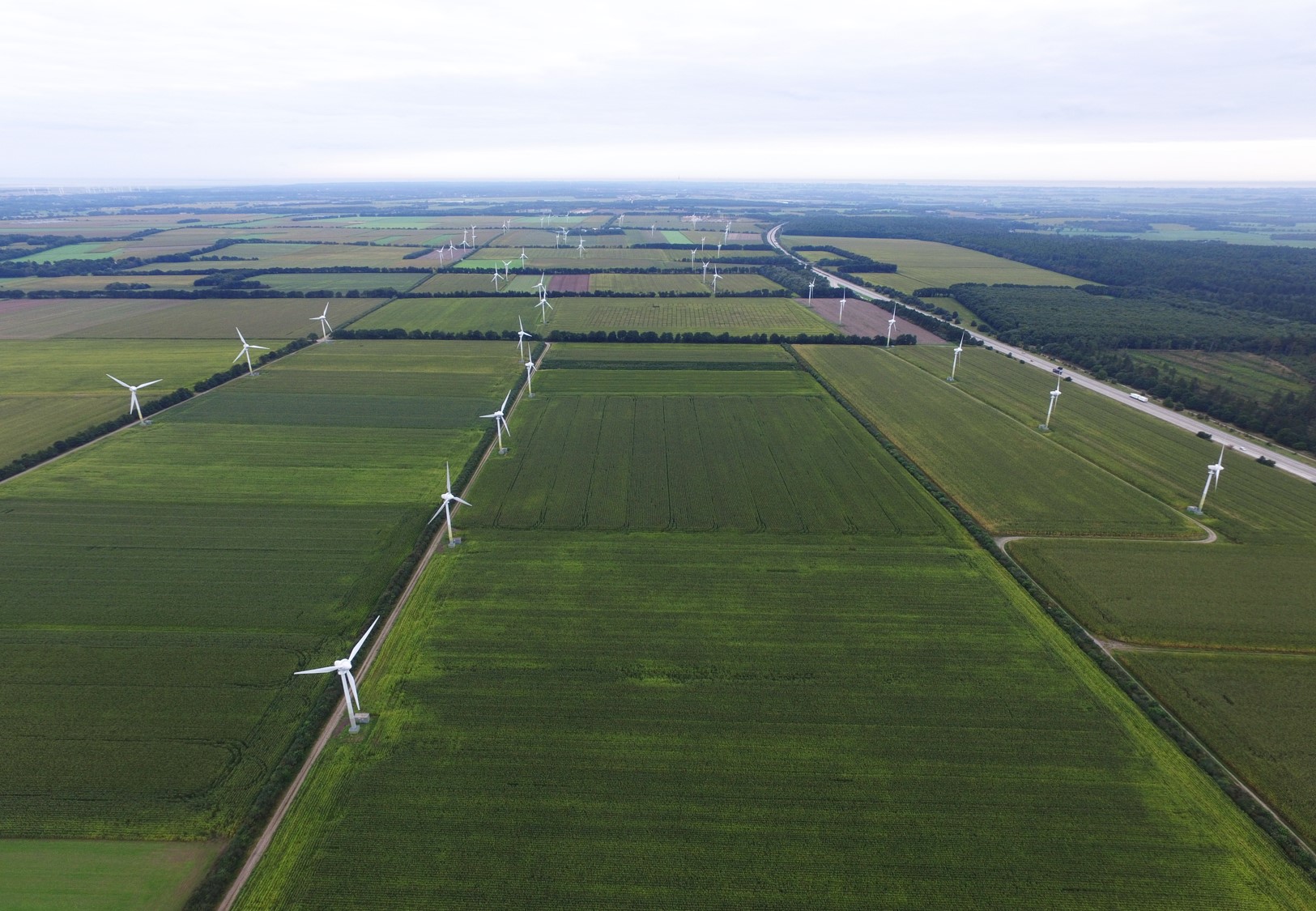 Statkraft supplies solar and wind power on a large scale

Statkraft, together with Enovos, is integrating additional solar and wind power volumes on an industrial scale into the Mercedes-Benz green power concept. In Germany, in addition to the production plants for passenger cars, vans, trucks and buses, all other Daimler Group locations will also be supplied with the green power. These include the central and administrative locations.

To enable the long-term 100% green power supply on an industrial scale, Statkraft will supply further wind power and solar power to Daimler in the form of PPAs.

The solar power will be generated in a section of Bavaria's largest solar park Schornhof equal to around 60 soccer fields. The wind power will be supplied from 24 wind farms in Germany, whose subsidies expired, with a total of more than 200 wind turbines. Together, this is roughly equivalent to the amount of electricity consumed by 65,000 households annually. The combination of solar and wind power enables both the construction of new solar plants without EEG subsidies and the plannable continued operation of existing wind power plants after EEG subsidies expire.

The PPAs from the wind and solar plants are an integral part of the "Pure Statkraft" green power concept developed by Statkraft and certified by TÜV. For this, Europe's largest producer of renewable energy, combines significant amounts of wind, solar and hydropower from Germany with flexible storage power plants in Norway to ensure simultaneity between consumption and generation at all times.

"Generating green power exactly when it is needed is a major challenge, especially if intermittent generation from wind and solar is to be integrated. Therefore, the comprehensive green power package is supplemented with electricity from flexible hydropower plants. Such a green power concept on this scale is unique in Germany so far," explains Patrick Koch, head of Statkraft's German origination business. "We are proud to be able to offer industrial companies needs-based solutions that enable them to sustainably reduce CO2 emissions and achieve their set climate targets."

As with the previous green power supplies, Enovos will take over the entire energy management process, such as physical delivery, balancing group management, billing, grid usage, consumption forecasting and hedging. This enables the procurement of 100% green power while largely maintaining the proven and market-oriented procurement and supply model.

Mercedes-Benz, Enovos and Statkraft have already jointly taken the first step towards the implementation of a CO2-neutral energy supply for the German Mercedes Benz Cars plants in December 2018 by directly supplying electricity from wind power plants in Germany, whose subsidies expired. This was followed in July 2020 by a further, comprehensive agreement on the supply of green electricity, which meets the car manufacturer's requirements for simultaneity of consumption and generation as well as significant production volumes of green electricity from Germany.

With Pure Statkraft, the Norwegian energy company has developed a green power concept that combines green power from intermittent energy sources such as solar and wind energy with flexible hydropower. This makes it possible to generate and supply green power on demand and at the same time as it is consumed.

The supply concept, which combines power purchase agreements and flexibility to deliver 100 percent green energy, is modularly tailored to the customer's needs. In the process, the green power generation corresponds to the power consumption at all times.

The wind power for the concept is sourced from wind turbines whose subsidies under the Renewable Energy Sources Act (EEG) will expire after 2020, thus ensuring their continued operation. Statkraft sources solar power from subsidy-free solar projects in Germany, the financing of which is made possible by PPAs. Electricity supplies from hydropower plants complement the comprehensive green power package.