Amsterdam, Copenhagen, 18 January 2021. Better Energy and Statkraft have concluded a 10-year power purchasing agreement (PPA), which ensures the construction of a new solar park in Poland. The new solar park will bring subsidy-free solar power to Poland from 2023 and has a production capacity of 36 MW.

The new solar park, located in Resko in the western part of Poland, cements the central role of solar power in the future energy mix in Europe. The new park is realised without government subsidies and highlights that solar can be build based on grid parity in Poland.

“Few things are more important in our common fight against climate change than adding new affordable and renewable energy to the electricity grid, which is exactly what Statkraft makes possible through this deal. It is also wise for energy consumers to demand additional renewable energy through a fixed-price power purchase agreement that serves as a hedge against higher energy prices,” explains Rasmus Lildholdt Kjær, CEO of Better Energy.

”We see ourselves as a long-term partner for developers of renewable assets such as Better Energy. A Statkraft PPA ensures long-term price stability and thus supports the financing of subsidy-free renewable energy. I am proud that our long-term agreements support the development of new renewable assets and I’m convinced the future will see more of these deals,” says Pieter Schipper, Vice President Origination at Statkraft.

Polish electricity generation is currently dominated by fossil fuels with more than 70 percent of electricity being generated from coal. The positive environmental impact of additional renewable energy resources in Poland is therefore significantly higher than in many other countries. Consequently, the new solar park is expected to lower carbon emissions by 27,000 ton already after the first year of production.

Better Energy, an independent power producer, has already built several subsidy-free solar parks in Denmark. This new project marks an important milestone as it will be the company’s first such solar park in Poland and adds to two operational parks of Better Energy in the country.

Statkraft, Europe’s largest producer of renewable power, provides bankable PPA offtake agreements to renewable generators in many countries. In Poland the Norwegian state-owned company has already been active since 2018. 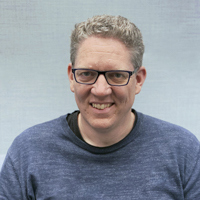