With its long coastline, high mountains and sunny Mediterranean islands, Italy should be well placed to increase its production of renewable energy. The challenge is to link power production with consumption over long distances and complex topography. 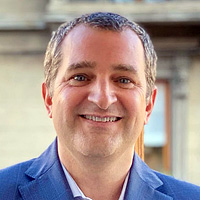 Bernardo Ricci Armani is vice president and Statkraft's country manager for Italy, and is based at the company's office in Milan. The unit is part of the business area European Wind and Solar.

Italy is the fourth-largest energy consumer in Europe, after Germany, France and the United Kingdom. Its per capita consumption, however, is about 20 per cent lower than the EU average.

"Italy is a sunny country, and solar energy is an important part of our energy mix. Both sun and wind are most abundant in the southern part of the country, including the islands of Sicily and Sardinia. In the north, the landscape is dominated by a series of wide plains. It’s also where the largest cities and most of the country’s industry are located."

Most of its renewable power production thus takes place in the south, while energy consumption is greatest in the north.

The Apennines mountain range stretches around the plains in the north and down to the southern part of the country.

"To build a bridge over the divide between north and south, battery storage will be crucial to ensure a stable power grid," says Ricci Armani.

In 2021, thermal energy sources still accounted for most of Italy's power consumption, mainly natural gas, but also some coal and biomass. Renewable energy sources account for around 36 per cent of consumption. Hydropower is the largest renewable source at 38 per cent, followed by solar power at 23 per cent and wind power at 13 per cent.

"Coal power is being phased out. The authorities have set a goal that all the country's coal power plants will close by 2025," says Ricci Armani.

Italy is estimated to be the world's second-largest net importer of electric power, with imports coming mainly from Switzerland and France.

In 2019, an undersea power cable was also put into operation between Italy and Montenegro. The cable connection stretches 445 kilometres across the Adriatic Sea and is the first "electric bridge" between the EU and the Balkans.

Italy has high ambitions to increase its power production from renewable sources.

In 2021, the Ministry of Ecological Transition (Ministero della Transizione Ecologica – MiTE) was established as part of the Italian government. To achieve the goal of the EU's green growth strategy (European Green Deal) for a carbon-neutral Europe by 2050, MiTE has strengthened its goals for Italy for 2030:

However, the process of obtaining authorisation to build new renewable power plants can be both complex and tedious in Italy, not least due to local opposition.

"Larger projects, such as solar and wind power plants that will affect the landscape, must be approved by environmental protection authorities. Power plants can also sometimes be planned near a church or a site of archaeological value. In many places, local politicians use such arguments for populist purposes to block projects," says Ricci Armani.

"I anticipate more problems when central authorities in Rome make more decisions affecting the regions. This is currently one of the fiercest debates in Italy," he says.

Italy is a bureaucratic country, and previously the authorisation process for a wind farm, for example, could take between five and seven years.

"MiTe has a clear intention to shorten the processing time, but so far this ambition has produced few results," says Ricci Armani.

Increased use of electricity

Reduced access to Russian gas due to the war in Ukraine has highlighted Italy’s dependence on power imports.

“We can no longer rely on obtaining gas from Russia, and I believe that the only solution in the long run is to develop more renewable energy,” says Ricci Armani.

Italy is the only G8 country without nuclear power after the last two nuclear reactors were shut down in 1990 as a result of a referendum. A new poll in 2011 confirmed that an overwhelming majority of Italy's population is against nuclear power.

"Some politicians have argued that Italy should reconsider investing in nuclear power, but since Italians have clearly expressed their opposition to this in two referendums, I think investment in new nuclear power plants is rather unlikely," he says.

"In addition to solar and wind power, the investment in hydrogen must grow in a more sustainable way. We must also work to change our habits, for example by switching to using electricity instead of gas in households. Where I live in Milan, we now use electricity for heating. More and more charging stations for electric cars are also being built in the big cities," he says. 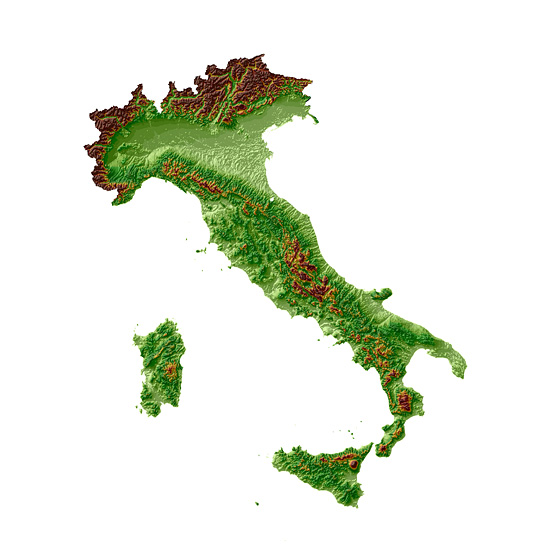 Statkraft opened its own office in Milan in 2020.

"The corona pandemic gave us a modest start, but since October 2020, Statkraft has grown rapidly in Italy, and we are approaching 30 employees across the country. We work on projects within solar and wind power and battery storage, and we are active in power purchase agreements (PPA) and other market activities," says Ricci Armani.

As a company with long hydropower experience, Statkraft is also interested in this energy technology in Italy.

"Some of the hydropower licences issued to private companies have expired, and the European Commission has called on Italy to renew them to strengthen competition. It's a discussion that has been going on for many years. The hydropower potential in Italy has been fully utilised, so it's not a question of building new facilities, but possibly increasing the capacity of existing power plants. This could potentially be an important part of our activity in Italy," he says.

Combination between agriculture and energy

In any case, the largest growth in renewable energy sources up to 2030 is expected to come from sun and wind. Competition between companies is fierce, which has led to a sharp increase in land prices.

"Several local communities are concerned that the power plants are establishing themselves in agricultural areas, where many farmers prefer to sell the land to power companies at a good price rather than grow fruit and vegetables. Agrivoltaics, the simultaneous use of land for solar cells and agriculture, can be a good compromise in this context," says Ricci Armani.

Statkraft has launched a project with an Italian university to find out which agricultural products are best suited to be grown in parallel with the production of solar power.

"We hope to come up with solutions that can create good synergy effects between agricultural and power production," he says.

"Some contractors are sceptical about entering a partnership with us because they don't know whether their subcontractors will be able to meet Statkraft's requirements. Nevertheless, I see Statkraft's high standards and Norwegian culture as a competitive advantage," he explains.

Statkraft expends a lot of effort on communication in Italy, not least with the Italian authorities.

"We inform them of who we are and how we work, often in collaboration with the Norwegian Embassy and Innovation Norway. We are here to invest, and Italy is a country with great opportunities," he says. 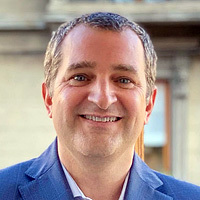 "I anticipate more problems when central authorities in Rome make more decisions affecting the regions. This is currently one of the fiercest debates in Italy."